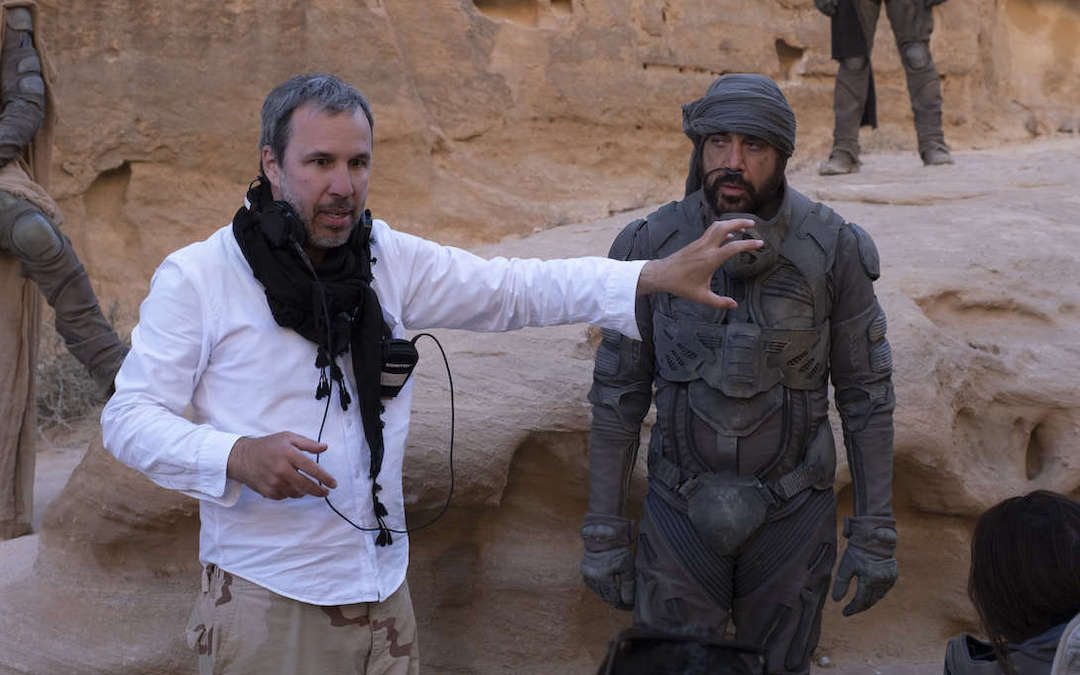 Turns Out ‘Dune’ Is Really More Like ‘Dune: Part I’

Almost overnight, Dune went from being one of the most anticipated movies of the year from movie fans to one of the most intriguing even to more casual fans. The sprawling story of Frank Herbert’s classic sci-fi novel looks to finally be getting the movie adaptation it deserves. But how can director Denis Villeneuve pack such an epic story into one movie?

Turns out, he’s not packing it into one movie at all. During the cast & director Q&A hosted by Stephen Colbert that Warner Bros. released with the trailer drop, Villeneuve revealed that the plan has been to make two movies all along. Villeneuve has always felt that the scope of Herbert’s story was too big to contain to one movie, so he didn’t even try. In fact, being allowed to do two movies was a condition of him agreeing to come on board the project.

“The story is so rich and complex that, in order to be faithful to the book, we’ll need to make at least two movies,” Villeneuve said. “That was a deal right at the start.”

Likewise, he had one other stipulation: He wanted to be able to shoot on location. In order to capture the scale of Herbert’s story, only natural landscapes would work, he argued. “My argument was that they didn’t shoot ‘Jaws,’ in a swimming pool,” he said. “The title is Dune — we need to be in the real environment.”

Indeed, the giant sand planet of Arrakis is wild and untamed, a barren and desolate wasteland prowled by giant sandworms and harboring the universe’s most precious resource: the drug, spice. Shooting in the enormous, sprawling desert landscapes of Jordan enabled Villeneuve to capture the lawless, vast feeling required to understand the world. Though, as it turns out, working in that landscape wasn’t always the easiest thing, as co-star Jason Momoa, who plays revered fighter Duncan Idaho, attests. Playing Idaho meant he was often part of some of the most action-heavy sequences in the movie, and that involved running through sand. Lots and lots of sand. Spoilers: It sucked.

“I’ve never run this much in my life. The sun was setting and so we had to get the shot. I had to run through this windstorm to Timothée, and I couldn’t see where I was going. I just didn’t want to fall on my face and I didn’t want to disappoint [Villeneuve]. But I’m not the best runner … and the amount of the chafing and the sweat that had built up, and I was like, I’m not gonna give up, I’m not gonna give up, but inside, I was crying like a little baby. There’s no way I want to be the black sheep in this thing, man.”

But the entire cast had nothing but praise for Villeneuve’s vision and the way he frames his shots.

Said Momoa, “I’ve never worked with a director on this scale. Denis is a cinematic genius. … I’ve never seen something so beautiful in a fight scene.”

Dune is, for now, in theaters on December 18th.

Add Dune to Your Watchlist to be alerted when tickets go on sale.