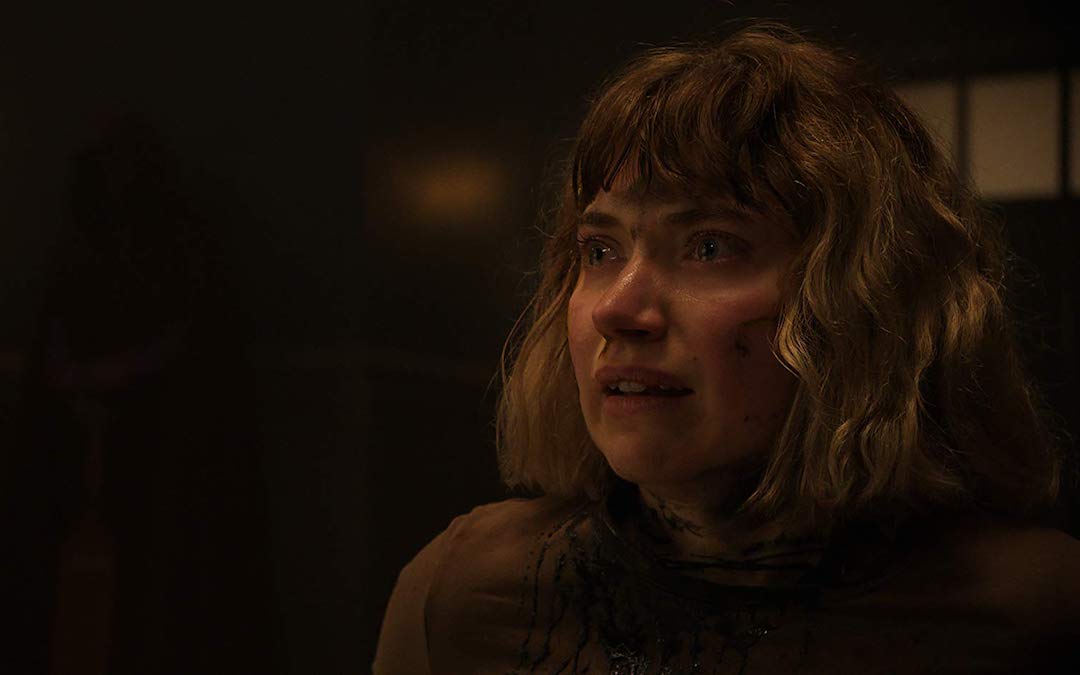 This Month in Horror Releases: December Horror Movies You Need To See

As I sit here typing this out, I find it strange and wonderful that we’re at the end of yet another decade. Soon, the 2010s will be gone and we will begin the journey of the 2020s and all they have to offer. We leave behind a decade that gave us brilliant horror films such as It Follows, You’re Next, The Conjuring, Cabin in the Woods, A Quiet Place, The Witch, Hereditary, and so much more. We’ve seen the rise of brilliant, auteur filmmakers, ones who have reshaped the genre and given us something to talk about. From supernatural to satire, violent to meditative, compelling to shocking, horror ran the gamut over the past ten years, its breadth undeniable.

However, remembering the past to anticipate the future shouldn’t be all-encompassing. There is merit to living in the moment, to being excited for what lays at our fingertips. And so it’s come time for this column to end its 2019 run by providing a list of five horror films you need to see in theaters this month. Here’s looking to 2020 and beyond!

Subgenre: “My Imaginary Friend Is A Bit Of A Dick”

Official Synopsis: Troubled Luke suffers a violent family trauma and resurrects his childhood imaginary friend to help him cope. Charismatic and full of manic energy, “Daniel” helps Luke to achieve his dreams, before pushing him into a desperate fight for his own soul.

Why You Should Check It Out: A stunning and fascinating dive into surreal horror, Daniel Isn’t Real tackles issues of mental health, LGBTQ, male/female dynamics, familial trauma, and so much more, Adam Egypt Mortimer’s take on Brian DeLeeuw’s novel In This Way I Was Saved is the kind of movie that gets under your skin…both figuratively and literally. Those who love movies like Jacob’s Ladder, Silent Hill, and, strangely enough, Drop Dead Fred will find a lot to love in this cosmic terror.

Subgenre: “Fool Me Once, Shame On Me. Fool Me Twice…”

Official Synopsis: When a 12-year-old boy goes missing, lead investigator Greg Harper (Jon Tenney) struggles to balance the pressure of the investigation and troubles with his wife, Jackie (Helen Hunt). Facing a recent affair, great strain is put on the family that slowly gnaws away at Jackie’s grip on reality. But after a malicious presence manifests itself in their home and puts their son, Connor (Judah Lewis), in mortal danger, the cold, hard truth about evil in the Harper household is finally uncovered.

Why You Should Check It Out: First of all, it’s got Helen Hunt. She chased down tornados, so show her the respect she deserves.

But in all seriousness, I’ve seen this movie twice during its festival run and it holds up. While most films have a 1st, 2nd, and 3rd act, I See You functions more as a two-act play, the first setting a claustrophobic tone that keeps viewers guessing as to what precisely they’re watching. Is this a supernatural movie? Is it following a serial killer? Is it something else entirely? That’s where the second acts comes in, offering an explanation that is decidedly unsettling and will have many viewers laying in bed at 3am with their eyes wide open, paranoid and afraid. Think you can handle that?

Subgenre: “Hasn’t Anyone Watched Akira Yet?”

Official Synopsis: Code 8 is set in a world where 4% of the population is born with varying supernatural abilities, but instead of being billionaires or superheroes, they face discrimination and live in poverty, often resorting to crime. Connor Reed (Robbie Amell), a power-enabled young man, is struggling to pay for his ailing mother’s (Kari Matchett) health treatment. Fighting to earn enough money as a day laborer, Connor is lured into a lucrative criminal world by Garrett (Stephen Amell) who works for Lincoln City’s reigning drug lord, Marcus Sutcliffe (Greg Bryk). Garrett helps Connor sharpen his powers in order to execute a series of crimes on behalf of Sutcliffe, while a militarized police unit, led by Agent Park (Sung Kang) and Agent Davis (Aaron Abrams), hunts them down.

Why You Should Check It Out: The melding of sci-fi and horror has been around since Mary Shelley brought us the story of Victor Frankenstein and his abominable, piteous creation. Since then, classics such as The Thing From Another World and The Fly have used that delightful marriage of genres to create new tales that give the eternal question “What if?” a noticeably sinister edge. That’s where Code 8 comes in.

Remember Josh Trank’s 2012 film Chronicle, which followed a group of teens that become imbued with superpowers? It was basically a live-action Akira, in its own way, and it holds up pretty damn well. Code 8 looks to follow this idea where the next step in human evolution isn’t seen as a miracle but rather as a threat. And as we see in so many movies and stories, humans don’t like it when they’re about to be pushed down the evolutionary ladder. So while Code 8 bleeds sci-fi all over the place, that blood comes from a foundation of horror.

Official Synopsis: Hawthorne College is quieting down for the holidays. One by one, sorority girls on campus are being killed by an unknown stalker. But the killer is about to discover that this generation’s young women aren’t willing to become hapless victims as they mount a fight to the finish.

Why You Should Check It Out: The original Black Christmas is one of the most uneasy viewing experiences I’ve ever had watching a slasher. The sound design, the atmosphere, and so much more come together to form a film that leaves me feeling dirty and scummy. It’s a feeling I rarely get, so naturally, I love Bob Clark’s OG film. And while the 2006 remake didn’t offer anything interesting to the mix, Blumhouse’s latest take on the film looks to upend things and put the power back where it belongs: in the hands of capable women who aren’t going to lay down and die without a fight.

Official Synopsis: The killing spree of murderous Satanists has already led to 18 deaths throughout America’s Heartland. Three best friends Alexis (Alexandra Daddario), Val and Beverly embark on a road trip to a heavy metal music festival. Naive, they bond with three seemingly fun-loving dudes and soon the group heads off to Alexis’ country home, a very secluded place, for an afterparty. What should be a night of fun and youthful debauchery may instead take a dark, deadly turn. With killers on the loose, can anyone be trusted?

Why You Should Check It Out: Look, heavy metal-infused horror films are kinda my jam, so it would be remiss of me to leave this one off the slate. Throw in a heavy dose of ‘80s-infused Satanic Panic and sprinkle in some Alexandra D’Addario, who is fast becoming a genre icon, and you’ve not only got my attention, you’ve got my ticket.

Official Synopsis: At the height of the First World War, two young British soldiers, Schofield (Captain Fantastic’s George MacKay) and Blake (Game of Thrones’ Dean-Charles Chapman) are given a seemingly impossible mission. In a race against time, they must cross enemy territory and deliver a message that will stop a deadly attack on hundreds of soldiers – Blake’s own brother among them.

Why You Should Check It Out: Yes, I realize that 1917 isn’t a horror movie nor would anyone really stick their neck out to try and label it as such. However, having seen this movie, I can promise you that there are moments of sustained tension that would rival anything Craven, Peele, or Kubrick could ever offer. Gorgeously shot and unafraid to show the horrors of war (you knew that phrase was coming up, didn’t ya?), 1917 is a masterpiece that knows how to wind audiences around its finger, stretching nerves to their absolute limit.

1917 isn’t a horror film. But that doesn’t mean it isn’t one of the most intense theatrical experiences of the year. Trust me on this.

Get tickets for all these and more here.