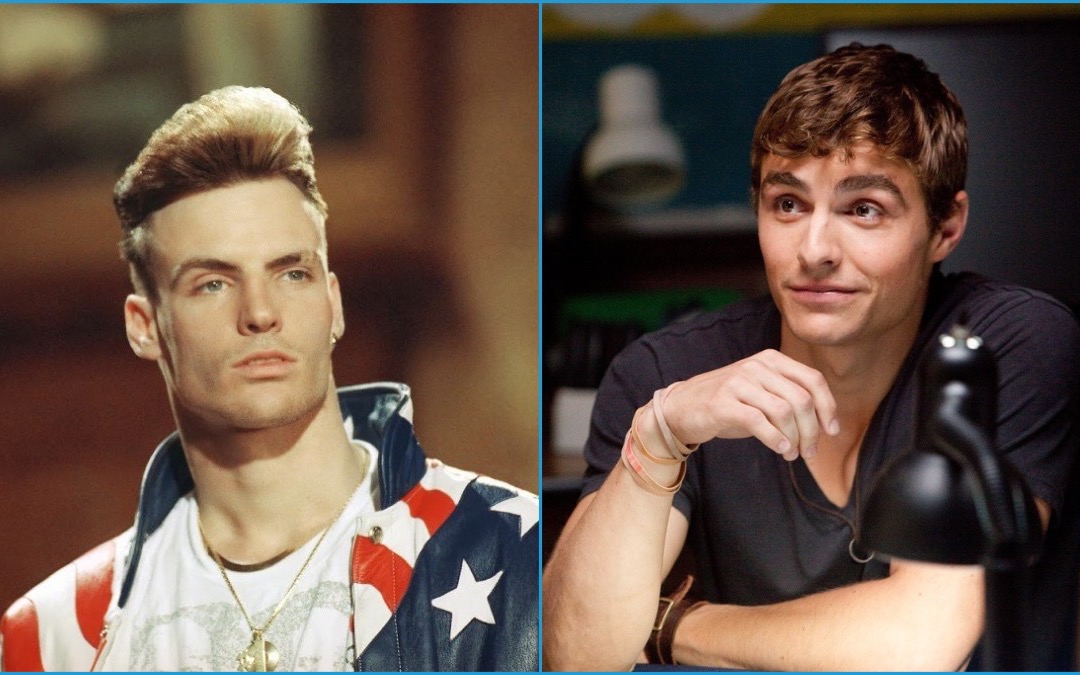 Dave Franco Is Playing Vanilla Ice In A Biopic, Which Is Peak 2020 Honestly

Dave Franco has clearly reached a point in his career where he no longer wants to be typecast as the goofy sidekick or comedic relief. His directorial debut, The Rental, a horror film, hits drive-ins and theaters this week. Now comes a slightly head-scratching bit of news via Insider: Dave Franco is set to play Vanilla Ice in an upcoming biopic. Which is as on-brand for 2020 as any other bit of movie news.

The biopic, titled To The Extreme, comes from a Black List screenplay from Phillip Van and Chris Goodwin. “We have been in development for a while but we are inching closer and closer to preproduction,” said Franco.

The original logline for the script reads: “From a high school dropout selling cars in Dallas to having the first hip-hop single to top the Billboard charts with ‘Ice Ice Baby,’ a young Vanilla Ice struggles with stardom, extortion attempts, and selling out as he makes music history.”

I really, really – I mean, really – want to make a joke or a pun right now. There are just so many ways to use the lyrics of “Ice, Ice Baby.”

But that urge to not take Rob Van Winkle, a.k.a. Vanilla Ice, seriously is exactly what Franco wants to avoid with To The Extreme. The story of the rapper turned metal artist turned rapper again will be handled with empathy and seriousness. Franco explains it will be similar in tone to The Disaster Artist, the biopic about Tommy Wiseau’s making of The Room, considered by many to be the worst movie ever made. The Disaster Artist could have turned Wiseau into the butt of the joke – it certainly would have been easy enough. Instead, the biopic starring Franco, big brother James Franco as Wiseau, and Seth Rogen took a different angle of treating him with compassion, making him part of the joke rather than the target of it.

“With that movie, people expected us to make a broad comedy where we make fun of Tommy Wiseau,” said Franco, “but the more real we played it, the funnier and heartfelt it was — that’s the tone we want for this one as well.”

Van Winkle rocketed to stardom in the 90s with the release of his album To The Extreme. The single “Ice, Ice Baby” became a monster hit, shooting the album to the top of the Billboard 200 charts, where it remained for 16 weeks straight. The album sold 15 million copies worldwide.

His seeming overnight success rocketed him to stardom. His music was everywhere, he briefly dated Madonna, and, in 1991, starred in his own biopic, Cool As Ice.

His star quickly faded and he eventually came to be known as a one-hit wonder, playing colleges and appearing on Dancing With the Stars. He also was arrested and hit with a number of charges over the years including weapons offenses, domestic battery, expired tags for his cars and exotic pets, residential burglary and grand theft.

But Franco, who says he’s had numerous conversations with Van Winkle during quarantine, wants to show the side of the rapper that most people don’t know or see.

“Rob is such a sweet and intelligent guy and he’s been super helpful in the process of getting all the details correct and making us privy to information the public doesn’t know. Just talking to him I can’t help but think about the rabbit holes I’m going to go down to get ready for the role.”

And here’s a personal anecdote of mine: At the time Vanilla Ice was trying to reinvent himself as a metal singer and doing college tours, I worked for my campus’s radio station and did live broadcasts of all the shows. So when he played a show at my college, I was his liaison, helping with setup before the show and ensuring he had all he needed. I was surprised to find he was extremely polite and grateful, thanking us for our help.

A couple of years later, he played a show close to my hometown and friends and I went to watch. I approached him and introduced myself. “I don’t know if you remember me, but I was the radio DJ who helped do all the setup and covered your show at my university,” I said, reminding him of the name.

“Oh, yeah! I do remember that show. You saved my ass,” he responded. “Great to see you again. How’s school?”

Now, I have no idea if he actually remembered me or if he was just making it up, but it was a moment of kindness that I never expected him to extend. His many, many legal issues and domestic abuse can’t be discounted, but I’ll likely always remember the surprise I felt in that moment that he remembered me. It seemed so out-of-character and yet…there it was.

Count me in as someone looking forward to seeing what Dave Franco does with this biopic.