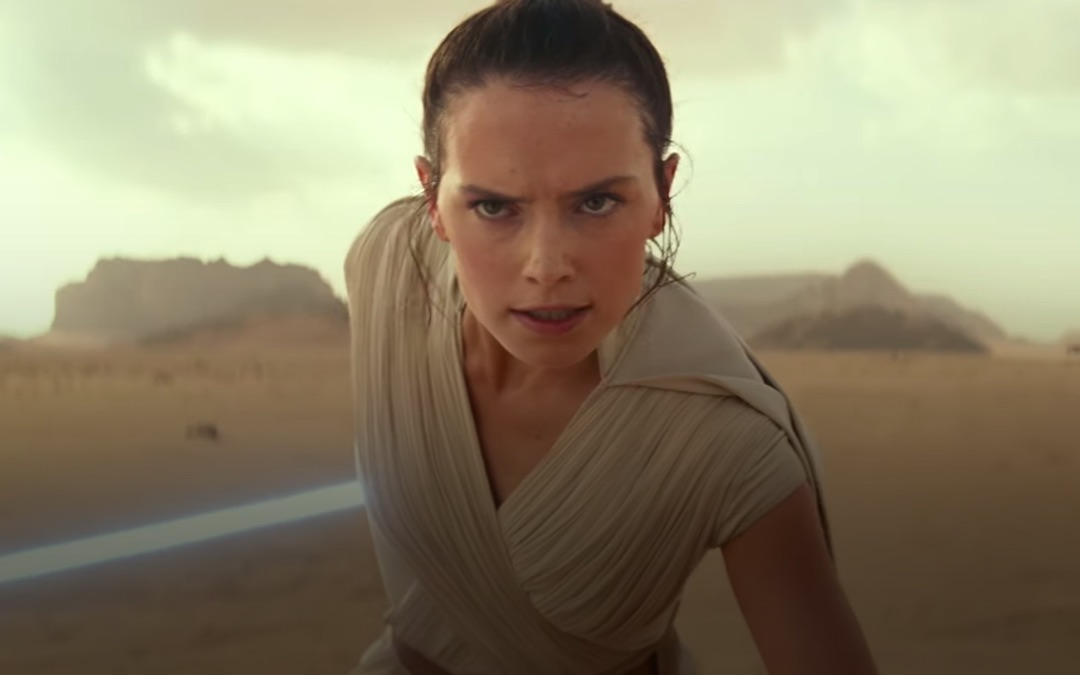 Quick Hits: Rey Was Going To Be A Kenobi & McG’s Dark Cut Of ‘Terminator: Salvation’

McG Says There’s A Darker Director’s Cut Of ‘Terminator: Salvation’ Out There

With directors’ cuts of genre films being trendy now thanks to Justice League, it seems like every director that ever made a disappointing blockbuster is weighing in on their cut of the movie. The latest is McG, who directed 2009’s Terminator: Salvation, which was mostly great until the very end and then it was ruined. According to McG, who is clearly aware of fan disappointment with the movie, there’s a darker director’s cut of the movie laying around somewhere. Speaking to CBR, he said

“It’s interesting because I feel like we did so much right with Terminator but, ultimately, got just enough wrong that we got beat up a little bit by the fanbase and it really, really broke my heart. And now, strangely, I think the film has started to age better. And there is a different cut: I have my own cut of that film and there’s people online that talk about wanting to see that cut. And that’s interesting!”

He then acknowledged he didn’t stick the landing of Salvation, and strongly hinted to fans that he’d like to see them make a ruckus on social media if they wanted to see the darker cut he has “hidden away” somewhere.

For all the rumors and speculation that swirled around the internet in regard to Rey’s lineage prior to Rise of Skywalker‘s release, it turns out it was nothing compared to the tumultuous character path that as happening behind the scenes. Speaking with Josh Gad as he hosted Jimmy Kimmel Live!, Daisy Ridley said the story process was nuts: “At the beginning, there was toying with an Obi-Wan connection — there were different versions — then it really went to it was no one, and then it came to episode nine and J.J. [Abrams] pitched me the film and was like ‘Oh, yeah, Palpatine is granddaddy,'” said Ridley. “Then two weeks later he was like, ‘Oh, we’re not sure,’ So, it kept changing. So, then even as we were filming, I wasn’t sure what the answer was going to be.” Do you think they took her character in the right direction?

Speaking of Obi-Wan Kenobi, actor Ewan McGregor said that the spinoff Kenobi series for Disney+ finally has its scripts sorted out and is almost ready to begin shooting, as well as indicating it may be a standalone Star Wars miniseries rather than an ongoing seasonal series like The Mandalorian. “Spring next year we start, so I’m really excited about it,” he revealed to Entertainment Tonight. “I’m super excited about it, it’s going to be great I think. There’s no talk of [a second season] it’s pretty much as I understand it a standalone season. But we’ll see, who knows?” Who knows, indeed? It may very well be a miniseries but it’s never been Disney’s style to not continue something that proves popular with fans. If the Obi-Wan Kenobi series is a hit, then there’s a chance we’ll see more than one season.

A few months after the Academy announced it would be making some changes to the Oscars, voting requirements, board of directors and other areas, it’s finally laid out the full scope of its inclusion requirements for the Oscars. Starting from 2024, films will have to meet a minimum threshold of diversity and inclusion requirements in order to be eligible for the Best Picture category to “encourage equitable representation on and off screen in order to better reflect the diversity of the movie-going audience,” said the Academy. The new requirements are broken up into four standards addressing different parts of the industry: 1. On-screen representation, themes and narratives, 2. Creative leadership & project team, 3. Industry access & opportunities and 4. Audience development. Films must meet at least one of the requirements in two out of the four standards in order to be eligible for Best Picture. There’s still a long way to go, but it’s good to see the Academy is actually taking a holistic, top-down approach to true inclusion and opportunity. You can read the full scope of the changes here.

Last month, rumors started running wild on the internet after Sacha Baron Cohen was spotted and snapped on the streets of Los Angeles shooting something as his character, Borat. The guess was that he was filming a sequel to Borat, and sure enough, the internet was right. Collider confirmed today that it was indeed Borat 2 Cohen was filming and, what’s more, he’s already screened it for a very select group of industry people. According to their sources, it’s being described as “Cohen playing Borat playing Cohen,” when Borat decides he’s a big movie star after his first movie’s success so he needs to go incognito as a “normal” person in order to not be recognized. It’s unclear who’s bankrolling the film, whether a studio or streaming platform, but it’s fun to see Borat back in action, regardless.

Netflix’s They Cloned Tyrone just got another boost of star power. It’s reported that Jamie Foxx and Teyonah Parris have joined John Boyega on the project. The story sounds fantastic and somewhat reminiscent of Boyega’s breakout movie, Attack the Block. Being described as a cross between Friday and Get Out, a rag-tag trio investigates a series of weird events happening in their neighborhood only to discover something far more nefarious is unfolding under their feet. It will be the directorial debut of Creed 2 writer Juel Taylor, who co-wrote the script with Tony Rettenmaier. So far, it looks like it will be quite a bit of fun.

More than a week after his untimely death and the heartbreak and tributes for Chadwick Boseman continue to roll in. This may be the sweetest and most significant one of all: T.L. Hanna High School, where Boseman attended high school in South Carolina, has announced they’re setting up a scholarship fund in his name, the Chadwick Boseman Memorial Scholarship, which will be awarded annually to one student. “It is our intention to honor the memory and legacy of Chadwick Boseman, T. L. Hanna Class of ’95, with a memorial scholarship,” said T.L. Hanna principal Walter Mayfield. “We would like to work with Chadwick’s family to establish a scholarship fund for graduating seniors at T. L. Hanna.” It’s still such a heartbreaking loss, but what a legacy Boseman left behind.

Speculation: Wong Will Appear In ‘Shang-Chi And The Legend Of The Ten Rings’

Take this one with a grain of salt, but fans on the internet are buzzing with the possibility that Doctor Strange sidekick and Master of the Mystic Arts in his own right, Wong, will be popping up in Shang-Chi and the Legend of the Ten Rings after a picture that went around social media this weekend. The picture, posted by KOGI Korean BBQ in Sydney, Australia, showed Wong actor Benedict Wong and Shang-Chi actor Simu Liu posing with a waiter. With Liu currently being in Australia prepping to shoot Shang-Chi, fans are speculating there’s no reason for Wong to also be in Australia and hanging out with him unless they’re working together. It’s entirely possible he was in town for an entirely different reason and just wanted to hang out with Liu and catch up, but stranger things have happened. And with Shang-Chi and Doctor Strange’s worlds both leaning heavily into Eastern mysticism and martial arts, it wouldn’t be out of place for a character like Wong to show up.

What do you think?