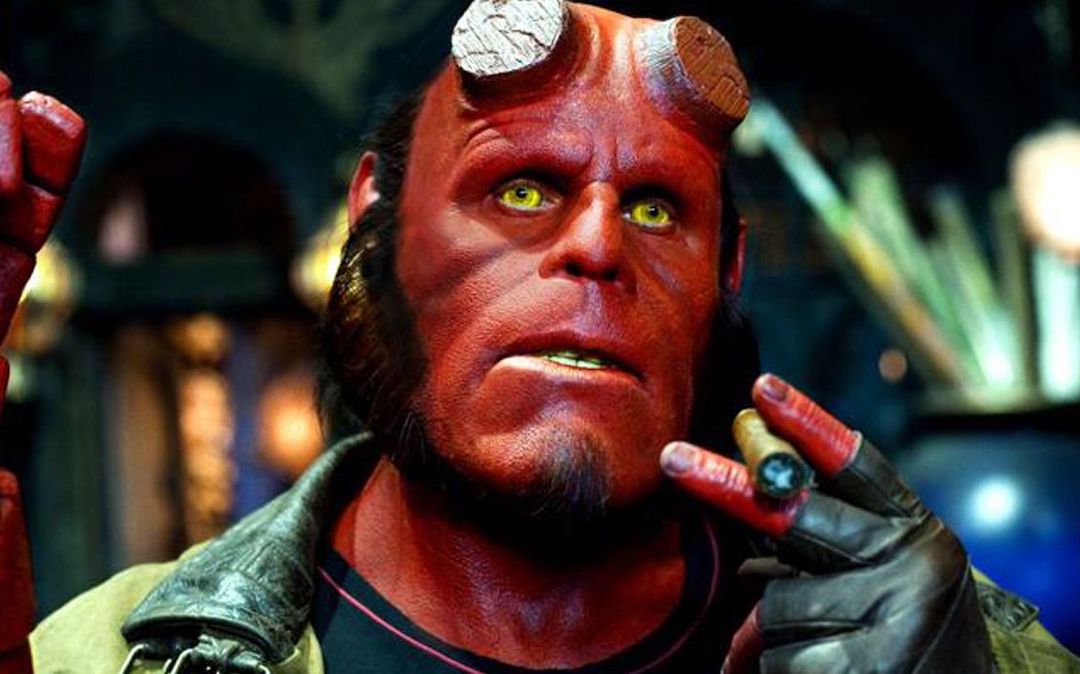 The Olympus Has Fallen franchise has been a surprisingly successful and resilient one in the vein of the Taken series with Liam Neeson. It’s little surprise, then, that star Gerard Butler confirmed in an interview with EW that a sequel to the third movie, Angel Has Fallen, is in the works. “Yeah, I think you will be seeing another,” Butler teased. “We’re toying away with another really fantastic idea that we’re working on at the moment that obviously we can’t say too much about.” All three films to date have been made for under $100 million, with increasingly small budgets, so it’s safe to say the fourth movie will also be a mid-budget hit for Butler & Co.

In the 12 years that have passed since Hellboy II: The Golden Army, it’s become fairly clear that a third Hellboy movie helmed by Guillermo Del Toro is almost certainly a no-go. Still, that hasn’t stopped fans from desperately wishing to see a Hellboy 3, and that includes star Ron Perlman. In his ever-candid way, Perlman had this to say: “There’s always a little ember, that lives deep within me, that says maybe one day Guillermo will wake up and go, ‘You know what? Fu-ck, we need to finish this trilogy,'” he said to Comicbook.com. Unfortunately, he’s also as aware as the rest of us that the likelihood of it happening is slim-to-none. “But then, every time I see how busy he is and what he’s engaging himself in, it doesn’t seem like it’s realistic,” he admitted. “It doesn’t seem like it’s ever going to happen, but that doesn’t prevent me from living in hope.” Same, Perlman. Same.

Thanks to the weirdest year ever, Bad Boys for Life is still the highest-grossing movie of 2020 to date. Still, even with the coronavirus shutdown closing theaters and pushing other tentpoles to later dates, Bad Boys for Life was a legitimate hit, hauling in $419 million worldwide on a budget of $90 million. Directors Adil El Arbi and Bilall Fallah have been courted by a number of studios, including DC and Marvel. The Belgian creative duo stressed nothing solid has come of it yet: “We’re huge Marvel fans but it was just talks at this point,” El Arbi said. “There was nothing yet concrete. If we find something that we really love and that fits to our personality then, yeah, for sure, we go for it. It would be an honor to work with them. We are exploring at this point. We are looking for what is the right character, right storyline to go. If they have something, if we have something, I hope that very soon we find something and we can work with Marvel or DC, as well.”

It’s a weird time at the box office, but also a fascinating one from the perspective it’s offering us a lot of quirky anomalies. The most recent was that Jurassic Park – yes, Jurassic Park, not Jurassic World – became #1 at the box office this past weekend for the first time since its release 27 years ago. It hauled in $517.6k at 230 theaters (Jaws made $516.3 at 187 locations). With studios hauling out classic and repertory films from their vaults to pad out schedules through a soft reopening, it was bound to happen. It will be fun to see if other catalogue titles will take the #1 spot in the next few weeks.

J.K. Simmons On More J. Jonah Jameson In The MCU

Seeing J.K. Simmons’ irascible J. Jonah Jameson again in the mid-credits scene of Spider-Man: Far From Home was a welcome sight. After seeing him play the Spider-Man-hating editor-in-chief of The Daily Bugle for all three movies in the original Sam Raimi trilogy, it was hard to imagine any other actor taking his place. Simmons confirmed on SiriusXM’s The Jess Cagle Show that he’d filmed at least one more appearance as JJJ and had plans to appear in at least one more movie beyond that. “There is a future for J. Jonah Jameson after a several-year hiatus,” Simmons revealed. “He showed up very briefly for those who were wise enough to stay through the credits of Far from Home… There is one more JJJ appearance in the can, and from what I’m hearing there’s a plan for yet another. So hopefully JJJ will continue now and forever.”

Lin-Manuel Miranda Is Developing An Animated Musical For Disney

Lin-Manuel Miranda might be one of the busiest men in Hollywood and he’s about to get even busier. On Good Morning America, he revealed that he’s been hard at work during quarantine working on a secret project with Disney. That project is an animated musical set in Columbia, though he didn’t reveal any further details about the story. Byron Howard and Jared Bush, the latter of whom worked with Miranda on Moana, will be serving as directors and Charise Castro Smith will be serving as co-director.

Universal and Colin Trevorrow have had a solid working relationship with Trevorrow helming the Jurassic World movies in Universal’s soft reboot of the Jurassic Park franchise. Now he has a brand-new non-dinosaur based project for Universal in the works. Trevorrow will direct Atlantis, based on the mythical city, with the story framing it as a technologically-advanced lost continent in the Indian Ocean. The script, being written by Dante Harper (Alien: Covenant) is based on a story by Trevorrow and Bridge of Spies‘ Matt Charman.