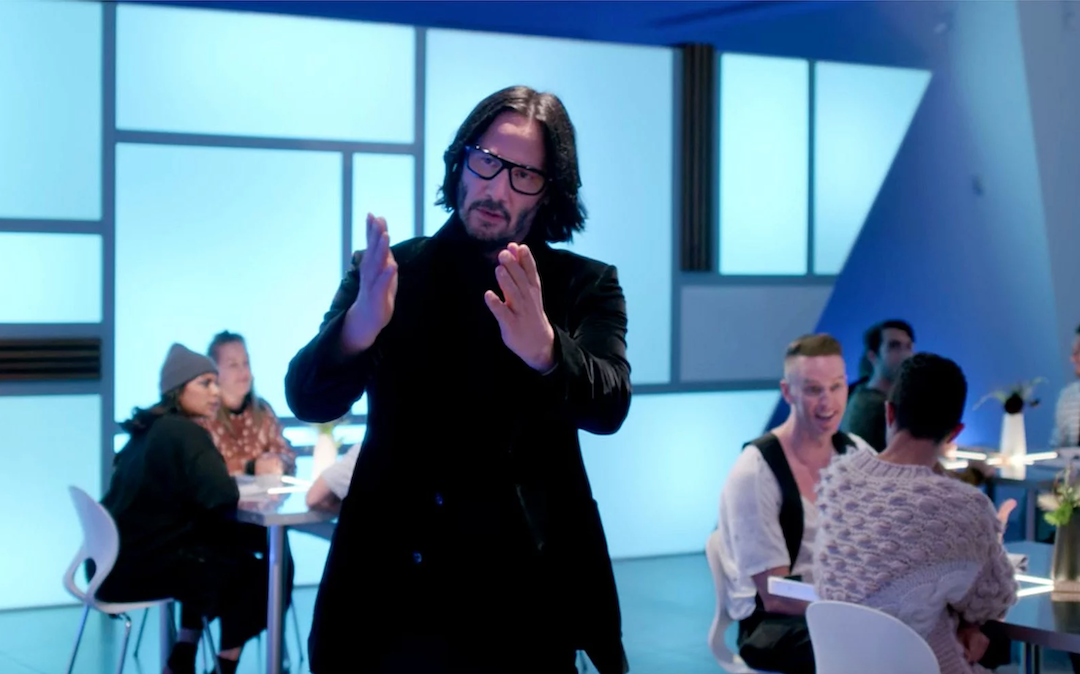 A Van Damme Good Bop: Jean-Claude Van Damme has proven himself over the years to be a gift to the world. Now, he’s given another gift in the form of a music video. And it’s amazing. Simply amazing. JVCD, king of our hearts. – Pajiba

He’s Worthy: The Endgame scene of Cap lifting Mjolnir is arguably the greatest in all the MCU. Artist John Black took that scene and turned it into a retro Silver Age comic book cover with a Jack Kirby-like style and it’s incredibly cool. – Comic Book

Bummer, Dudes: Bill & Ted Face the Music was a sweet froth of a movie. But co-writer Ed Solomon revealed it almost had a different ending and that ending was, uh, definitely more of a downer. Good thing they changed it. – Collider

Full Metal Hijacking: Some directors are known for being difficult. But the story of how Tim Colceri lost the role of Gunnery Sergeant Hartman to R. Lee Ermey for Full Metal Jacket is an all-timer on the Kubrick-induced trauma list. – Film School Rejects

Chewing The Scene: Frances McDormand is one of our greatest living actresses and one of our most outspoken, regularly eschewing the pomp and glitz of celebrity. Nicholas Laskin breaks down her must-see career performances. – The Playlist

No, YOU’RE Breathtaking: It feels as though everyone in Hollywood has a Keanu Reeves story. Jack Giroux sat down with seven different directors who shared their own personal Keanu story and it’s as delightful as you’d expect. – /Film

Once Upon A Dream: For the animation lovers out there, check out this deep dive into Disney’s Silver Age of animation by Sarah Buddery in which she explores the influences and artwork that shaped Disney Animation through the 50s and 60s. – Jumpcut Online

Anime & Me: Though it’s slowly changing, geek culture has long been held as a bastion of white, male fandom. Jason Dale writes a beautiful piece about what it was like growing up as a Black anime fan in the early 2000s. – But Why Tho?

Enter Sandman: Someone took the sandworm scene from the Dune trailer and layered it over with Darude’s mid-90s club hit “Sandstorm” and I can’t say the 90s kid in me doesn’t deeply love it. – The AV Club

Prediction Panic: This year has been, uh – well, you’re living through it. You know. Julieann Stipidis shares the horror movies that unknowingly predicted the nightmare that is 2020. – Bloody Disgusting

Happy Reunion: If you missed this fun moment between Brad Pitt and Jennifer Aniston during the Fast Times at Ridgemont High celebrity live table read for charity, fear not. Check out the delight on the other celebs’ faces:

How Do You Do, Fellow Kids: Last but not least, you’ve probably seen this by now, but it not, allow me to gift you with Paul Rudd, the eternally youthful gift that keeps on giving. Yet again, he’s one of the funniest people on the planet.