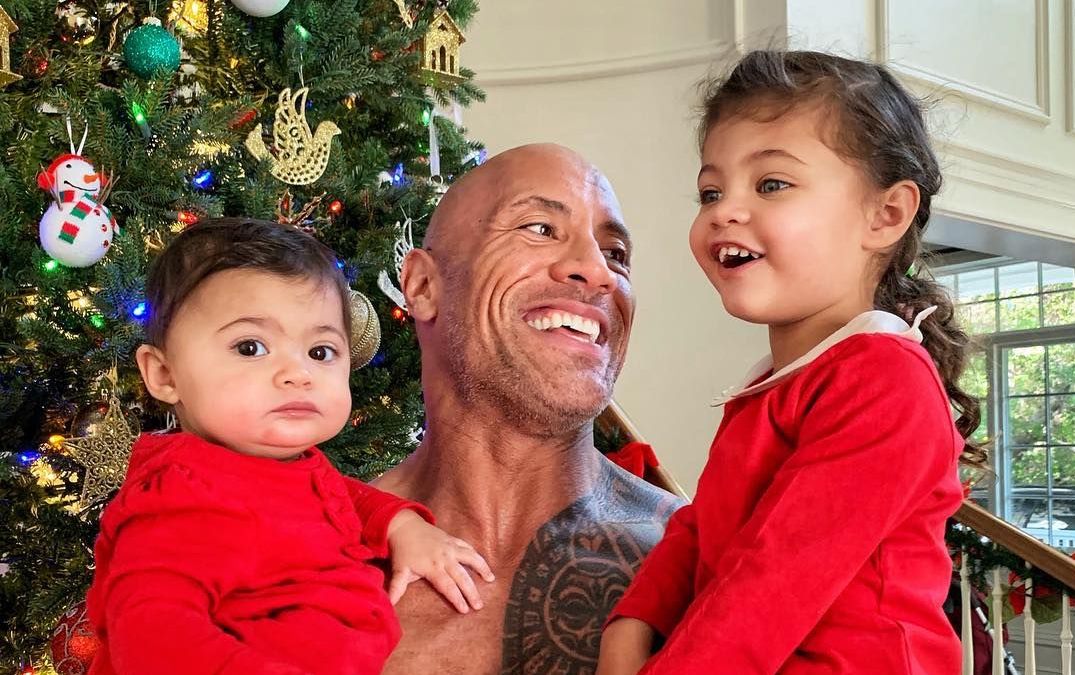 The Coolest Celebrity Dads In Hollywood

Father’s Day is here. It’s a time to celebrate the dads and father figures in our lives. For those of us lucky enough to have great dads, they give us all sorts of things: Support, acceptance, love. They teach us about the world, they influence the things we grow to love, they sacrifice to make us happy.

Celeb dads are no different. The media is full of stories about celebrity fathers doing incredible things for and with their kids. In honor of Father’s Day, here are some of the coolest dads in Hollywood doing right by their kids.

Ashton Kutcher and Mila Kunis are great parents not because of what they give to their kids, but because of what they don’t. When their kids were young, Kutcher and Kunis explained that they plan to never spoil their kids. They didn’t give their kids Christmas gifts when they were very young, as the kids were too little to appreciate them, anyway. And Kutcher has said he won’t be leaving his multimillion-dollar fortune to his kids, expecting them to pave their own way. Instead, he and Kunis set a good example for their kids by leading nonprofit organizations and being one of the most charitable couples in Hollywood. “My kids are living a really privileged life, and they don’t even know it,” Kutcher said on Dax Shepard’s podcast, “And they’ll never know it, because this is the only one that they’ll know.” Talk about a good example.

When he’s not posting about his honestly epic cheat meals or workout days, Dwayne Johnson’s Instagram is peppered with adorable and heartwarming posts about his daughters. Through his heartfelt messages, Johnson makes it clear he loves being a dad to three little girls and wants to be a good man and example for them. Seeing the manliest of men reveling in the estrogen around him, from allowing his nails to be painted to acting like a human piñata target, is an incredible example. His little girls will grow up with a guy doing his best to keep toxic masculinity out of his life and theirs, a guy who embraces exactly who they are. It’s wonderful.

He may not be an actor, but Dwayne Wade deserves to be on this list. While he has four kids, he and wife Gabrielle Union are incredible parents to their 13-year-old daughter, Zaya, who was assigned male at birth. When Zaya was 12, she came out as transgender. For a Black man in the world of sports, Wade knew he had to quickly be open to learning and understanding the transition his daughter was going through. Since then, Wade and Union have been incredibly supportive of Zaya, with Wade being open about how much Zaya has taught him about himself and the world, and them regularly attending Pride parades and rallies as a family. Far too many kids are shunned by their parents when they come out; it’s a testament to the love Wade has for his daughter that he immediately embraced her transition and leaned all the way in.

Unlike the other dads on this list, Ryan Reynolds’ social media isn’t full of sweet messages to his kids and adorable pictures of them snuggling. Instead, Reynolds is one of the coolest dads in Hollywood because of the hilarious perspective he brings to fatherhood. Look, parenting is tough. It’s not all cuddle time and happy days. Sometimes, the only thing that gets you through it is a sense of humor, as Reynolds well knows. Plus, with messages like this, you know Reynolds won’t let his kids’ privilege or his fame go to their heads. He’ll always keep them grounded.

Not all fathers are biological ones. Stepdads deserve Father’s Day love, too – Blake Shelton is proof of that. He might not have been there for the birth of Gwen Stefani’s kids with Gavin Rossdale but that hasn’t stopped him from loving them just as much. When the oldest, Kingston, turned 14 a few weeks ago, Gwen posted the sweetest video on Instagram of Shelton hugging and kissing Kingston and telling him how much he loved him. Now that is a great stepdad.

The entire planet loves Paul Rudd, but somehow, he’s even a little more lovable after Halloween this year. His daughter went trick-or-treating with Rudd dressed up as the Wasp. Hilariously, instead of dressing up as Ant-Man, as you’d expect, Rudd went incognito as Weird Al. Many people on the internet speculated why he didn’t dress up as Ant-Man to complement his daughter. Our theory is that he didn’t want to be a distraction and take away from her night. What a cool dad.

Jack Black’s love for his two sons, Tommy and Sammy, is well-documented. Rather than keeping them out of the spotlight like some celebrity parents, Black regularly brings his sons to red carpet premieres, which is cool on its own. But Black also regularly talks about his sons in interviews, praising them for their creativity and senses of humor and just generally overflowing with pride. He’s one of the more chill dads in Hollywood, too. Just look at how he responded to his son accidentally spending $3k on a mobile app. What else would we expect from Jack Black?