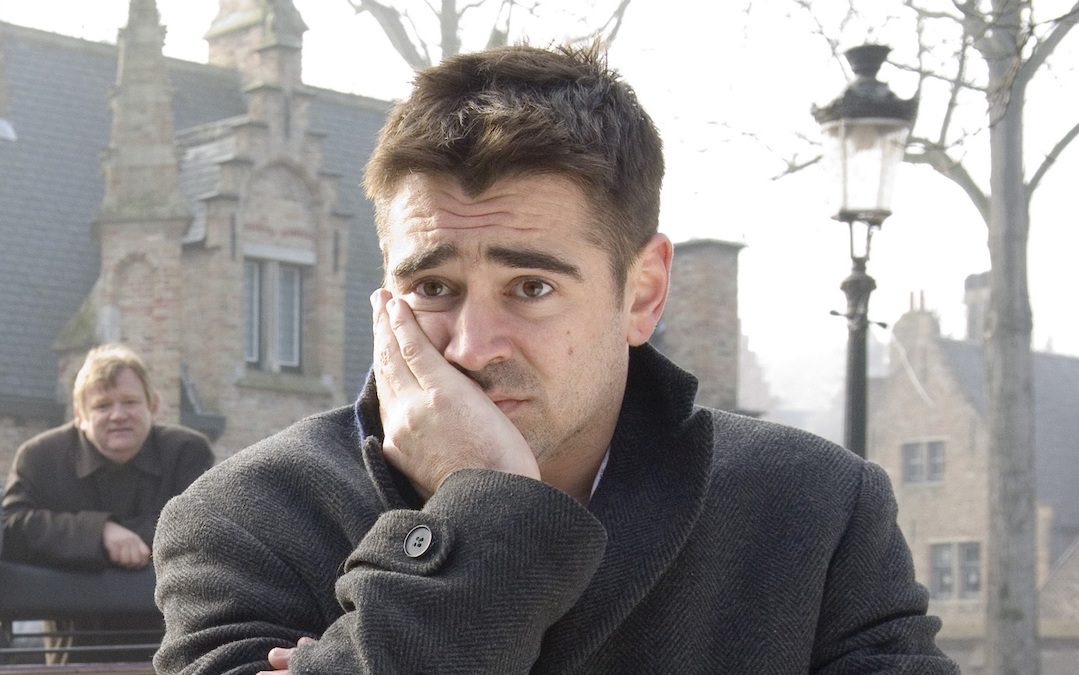 Here at Atom, we love movies. We especially love to dive into the behind-the-scenes and how-did-it-get-mades of filmmaking, which is often as fascinating as the films themselves. There’s nothing like watching a movie that captures your attention, moves you, makes you think, or simply helps you escape your worries for a few hours. While it takes a group effort from the lowliest grip to the assistant director to bring a movie to life, it’s the actors on screen who are our entry point into any film. The best actors make it look effortless; too often we take for granted just how much work it takes to make it appear that way, just how much talent we’re privileged to witness.

Our new regular column celebrates the actors we love to watch by exploring the scenes that illustrate just how great they are at what they do.

First up, in honor of The Gentlemen‘s release this weekend (read our review here): Colin Farrell. The Irish actor started out as a dashing leading man early in his career and, along the way, became one of our most interesting and quirky character actors. Farrell is arguably the best example we have of the old adage that a great actor can elevate a bad script. He’s been a bit misaligned by more casual movie fans thanks to his string of not-so-great films in the past, but it belies the fact that he was often the best part of those movies. In between, he’s quietly done some excellent work in indie films and in supporting roles.

The setup: First off, apologies for the distorted video here; it was the only one that had the scene in its entirety – most videos on YouTube cut it off before it gets to the part of the scene I want to talk about. You can’t mention Colin Farrell’s filmography and not mention In Bruges, the dark comedy where Farrell plays Ray, a hitman who is haunted by the fact he accidentally killed a little boy during a hit. Ray is suicidal and no longer reliable, so their boss (Ralph Fiennes) instructs Ray’s colleague, Ken (Brendan Gleeson), to take Ray out. This scene is where Ken goes to do just that, only to stop when he sees Ray attempt to kill himself. What follows is a darkly funny interaction that evolves into the most poignant and moving moment in the film.

Why he’s so good: The entire scene is excellent, but the part to pay attention to begins around 2:30. The stress of everything gets to Ray and he finally breaks down completely. Farrell cycles from anger to sobbing back to deadpan humor in just under a minute, a quick emotional arc that is difficult for an actor to pull off in a way that doesn’t seem contrived. There is Hollywood crying – pretty tears that still allow the actor to look handsome or pretty – and then there is ugly sobbing, the full-on snotty, messy, breath hitching breakdown that happens when one is at their lowest. Farrell allows himself to be completely raw on screen, opening himself up with a vulnerability that elevates the entire movie to make it something more than a simple dark comedy.

The setup: The Lobster is one of Farrell’s more bizarre films, and that’s really saying something. Yorgos Lanthimos’s film is a meditation on isolation and modern dating, set in a dystopian future where chronically single people are sent to The Hotel and given 45 days to find a partner and fall in love or else be turned into an animal of their choosing and sent to live in the wild forever. Farrell’s character, David, escapes and hides in the woods and while there, he meets Short-Sighted Woman (Rachel Weisz) and starts to develop feelings for her.

Why he’s so good: Farrell approaches David with a robotic, dead-voiced delivery that is out of sorts with the normally charismatic-as-hell actor. The remarkable thing is that he never changes or evolves in that capacity. Even in the very last scene, every response to Short-Sighted Woman begins after a slight stutter of hesitation, his delivery always just the tiniest bit off, pauses inserted in the wrong spots, reactions a step to the side of how a human would normally respond. It makes for a character that is so awkward and stunted even as he clearly yearns for companionship and love. In lesser hands, it would simply be hard to watch. But Farrell turns the awkwardness of David into a weirdly beautiful cadence that is oddly mesmerizing.

The setup: You all know Daredevil, the much-maligned 2003 misfire with Ben Affleck in the titular role and Jennifer Garner as Elektra, his leading lady. Farrell played Bullseye, the object-flinging assassin with unerring accuracy who never misses his target.

Why he’s so good: Remember what I said about Farrell often being the best thing about a bad movie? Hello, Daredevil. Farrell was clearly the only one involved in the production that understood exactly what kind of movie it was, leaning all the way into the campy aspect of being a comic book villain and chewing scenery with a relish that is infectious. There are actors who take themselves too seriously on screen: Farrell is not one of them. He’s never been afraid to do what it takes to sell a scene or try to save a movie. His over-the-top, unhinged Bullseye is now considered one of the best parts of the disastrous movie, with Farrell’s erratic, frenetic take on the villain being one of the few elements that have gotten better with age.

The setup: 2011 comedy Horrible Bosses showcased three beleaguered employees deciding to kill their awful bosses. Farrell played one of those bosses, Bobby Pellit, who takes over the family business after his dad dies and sees it simply as a means to make money. The scene where Kurt (Jason Sudeikis) meets his new boss for the first time and discovers Bobby’s the worst human being he’s ever met sets up Farrell for one of his most ridiculous roles yet.

Why he’s so good: As mentioned in the Daredevil example, what makes Farrell so remarkable is that he has absolutely no ego as an actor. Plenty use their pretty faces as currency; Farrell uses his as a byproduct. Some actors might have read this scene in this script and gone, “It’s a bit much, no?” Not Farrell. He’s game for a potbelly and a truly offensive combover befitting how truly offensive his character is as a human being. There is no softening of a line, no pulling a punch; Farrell understands this scene only works if he is a walking caricature of an awful person and he leans into it with glee.

The setup: One of Farrell’s most forgotten roles is also one of his best. Ondine tells the story of Syracuse, a simple Irish fisherman and former alcoholic who is trying to turn his life around when he catches a woman in his net. The strange woman has plenty of mystery surrounding her identity and backstory, but as they spend more time together, Syracuse finds himself hoping against hope that perhaps happy endings are real.

Why he’s so good: Throughout his career, Farrell has wielded his vulnerability in a magnificent way. Maybe it’s the fact he almost always plays externally tough guys, or maybe it’s those big, brown puppy dog eyes of his, but whenever Farrell finally opens up and allows his cracks to show, it’s like getting a quick glimpse of something deep and true. He uses this ability to draw you in beautifully in Ondine, and never more beautifully than in this scene when he confesses to a priest that he’s scared to hope again. It’s a moment that speaks to anyone who has ever been beaten down by the world, to someone who expects so little from life that the thought of happiness and vulnerability are things to push away rather than embrace. With a few quick lines and a single tear tracking its way down his cheek, Farrell sketches a poignant portrait of someone who is desperately daring to hope that love might work out and utterly terrified that it might. For all the roles of his that we embrace for how over-the-top they are, it’s these quiet, intimate scenes that truly underscore how fiercely talented Colin Farrell is.

The Gentlemen is in theaters now. Get tickets here. 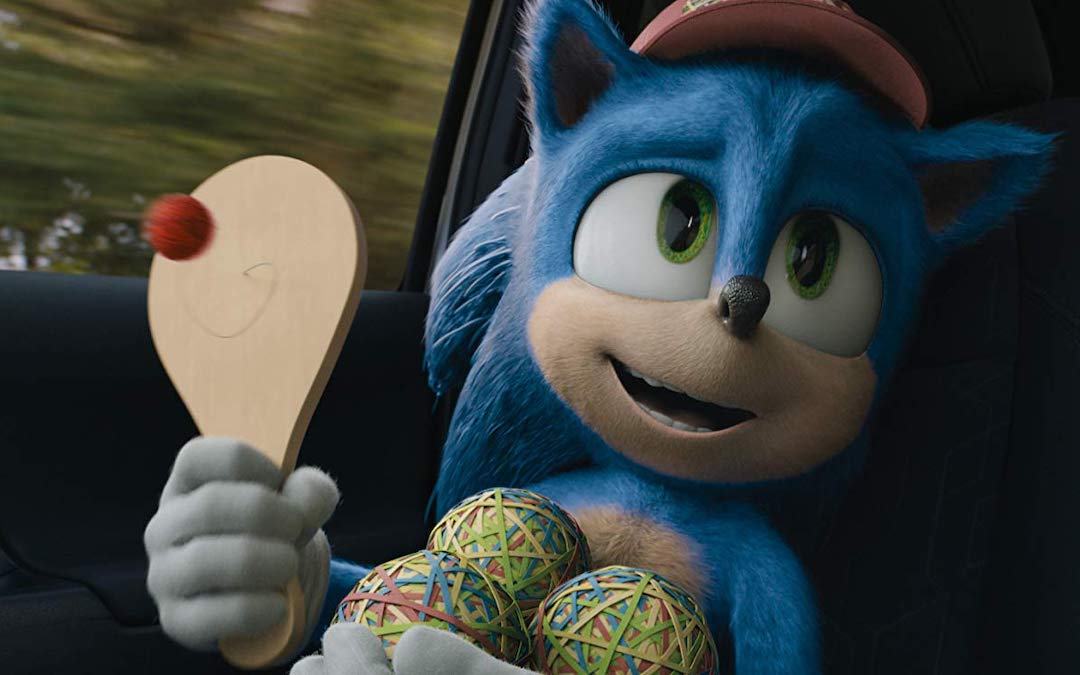 Occasionally, movies that are hoped to be big hits only hit the middle distance if not outright flop. But the other side of the coin is when a...