With everyone figuring out ways to keep themselves entertained while practicing social distancing, plenty of people are passing the time by doing what Americans do best: binge-watching Netflix and streaming movies. But maybe it’s time to branch out of your comfort zone. Instead of starting your third rewatch of Friends, maybe use this time to finally catch up on all the movies you’ve been lying about your whole life. You know the ones. The classic films that everyone claims to have seen but you know damn well half of them have never actually seen. Or that you yourself have never watched, and now you’re just desperately hoping no one ever finds out that you sit on a throne of lies.

Here’s a list of all those movies you finally have the time to watch. Get your movie buff on, educate yourself, and never live in fear of someone discovering your deception ever again!

Ah, Citizen Kane. The quintessential example of what I’m talking about. Everyone always says Citizen Kane is maybe the greatest movie of all time, as well as arguably the most influential. But, be honest: Outside of that one That Guy you know, do you know anyone else who has actually seen it? Have you? No, of course you haven’t. There’s a reason Citizen Kane holds the place it does in film history, though: It really was that influential, in virtually every aspect of filmmaking. For starters, they used makeup to age up the characters. Never before had makeup effects been used to that extent on so many characters. It also changed the way we think about musical scores. To that point, music was used intermittently and as more of an add-on to punch up certain dramatic scenes. Bernard Herrmann’s score, however, was unique for each scene and woven into the very fabric of the film.

But where Citizen Kane really set the standard was in its visuals and cinematography. Together, cinematographer Gregg Toland and director-actor Orson Welles experimented with light and shadow, depth of field and deep focus, extreme close-ups and unique angles never before used. Narratively, it jumps all around with multiple flashbacks and narrators, overlapping dialogue, and is arguably the first movie to shift from one genre to another and genre-mash. And it has some seriously snappy dialogue – just watch the clip above. Citizen Kane, quite literally, was the first to do almost everything we take for granted and that you love in movies today.

Bogart. Bergman. An almost-love affair to remember. Casablanca is one of the all-time great tragic love stories. It’s amazing, right?

You can’t answer that question because you’ve never seen it, Lying McLiarface. You know Bogie’s two famous looks for the film – white tux, black tie and the fedora and trenchcoat – and can correctly name a screenshot of him in those costumes as being from Casablanca. You know the famous lines and have probably quoted them at one point or another: “Here’s lookin’ at you, kid.” “Of all the gin joints, in all the towns, in all the world, she walks into mine.” “Louie, I think this is the beginning of a beautiful friendship.” “Play it, Sam.” – which is usually misquoted as “Play it again, Sam,” but really, who’s counting? But, admit it: You’ve never actually seen the movie, have you? No, you haven’t. Now’s your time to rectify that!

Maybe you’re a horror lover. And you’re a horror lover who prides themselves on having seen all sorts of horror, from the worst low-budget direct-to-DVD to all of John Carpenter’s slashers to the cerebral work of Dario Argento. But it’s time to wash the blood off your hands and come clean: You’ve never actually watched Psycho, have you? In fact, you’ve never seen a single film by Hitchcock. It’s not like you meant to avoid them, you swear! It just…kinda…happened. You figured one day you’d get around to them, and then you just…didn’t. And now you’ve been a self-proclaimed horror fan for decades and you’ve somehow still never seen Psycho and it feels far too late now to admit you haven’t. It’s okay, your secret’s safe with me.

But seriously, my duplicitous dudes, there’s a reason Hitchcock is widely regarded as one of the most significant directors to have lived. Much like Welles and Citizen Kane, Hitchcock’s films did things for the first time that went on to deeply influence what came after. The Master of Suspense regularly employed specific camera techniques, the musical score, and tension to create a specific feeling, setting the bar for suspense movies and thrillers. And Psycho is arguable his most influential film of all. His decision to kill off the ostensible lead, Janet Leigh, in the first act was such a shocking plot twist that Hitchcock famously ordered theaters to refuse to let latecomers into the theater. But his gambit worked, and Psycho became one of the world’s first blockbusters. Time to finally get around to watching it, wouldn’t you say?

The American Film Institute regards Citizen Kane as the greatest film of American cinema, but The Godfather comes in at #2. Francis Ford Coppola’s masterwork was nominated for 10 Oscars and won three, has been archived by the Library of Congress, launched the careers of Al Pacino, Diane Keaton and (arguably) Robert De Niro…and you’ve never seen it, have you? Have you? No, you haven’t. You know you laughed nervously whenever you saw the poster on a friend’s dorm room wall and just hoped to God you’d never talk about classic movies.

But I’m gonna make you an offer you can’t refuse. Er, actually, I guess you can refuse and it’s not an offer at all. Mostly, I just think you should take your coronavirus lockdown time to watch it. More than any other movie, The Godfather helped create the gangster genre, offering a cynical look at America while utilizing violence not as a gimmick to shock, but as part of the fabric of the story itself. Coppola’s sweeping saga of the Corleone crime family and Michael Corleone’s tragic fall from grace and devolution from golden boy of the family to ruthless mobster changed the way we think about dramatic storytelling forever. Now kiss the ring and watch the movie already.

Do you like war movies? Specifically, do you like Vietnam-era war movies? Great. Now turn around and thank Apocalypse Now because everything you love about that genre came from this movie. Even though you’ve never even watched it but said you have, liar, liar, pants on fire. I guess you just really don’t like Francis Ford Coppola, do you? It’s not like you have anything against the guy, it’s just that, well…all of his most famous movies were made in the ’70s and your personal filmography doesn’t really extend further back than the mid-80s, if that.

Coppola’s loose adaptation of Joseph Conrad’s Heart of Darkness is bleak, harrowing, and unforgettable, shaping the way Hollywood portrayed the Vietnam War ever since, with a who’s who cast including a young Martin Sheen and even younger Laurence Fishburn, Marlon Brando. Harrison Ford, Dennis Hopper and Robert Duvall, among others. Vittorio Storaro’s gorgeous cinematography created so many iconic shots even without those famous faced that they’re still referenced in filmmaking today. If you’ve ever seen a shot in a movie of helicopters in front of a rising or setting sun, that’s because of Apocalypse Now. If you’ve ever associated a 70s classic rock soundtrack with the Vietnam War era, that’s because of Apocalypse Now. If you’ve ever watched a brutal battle scene from the perspective of the civilians being attacked, that’s because of Apocalypse Now. So watch it already. I bet you’ll marvel at how many iconic shots and moments you’ve taken for granted that came about because of this movie. 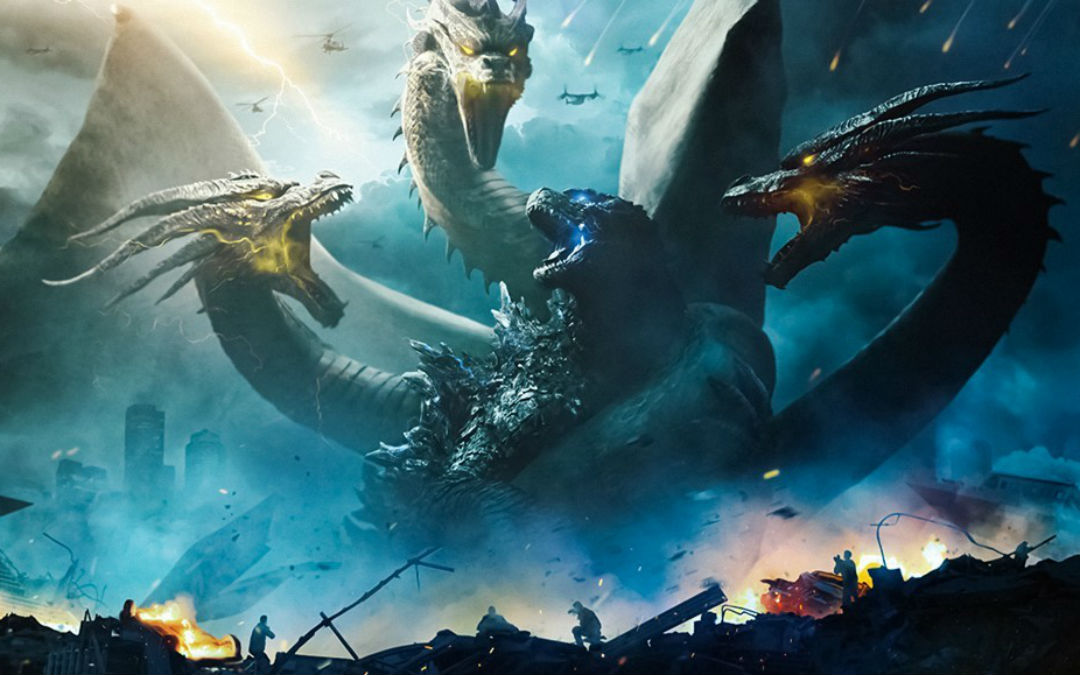 It’s Day we’ve-lost-count of social distancing and we’re all looking for ways to fill the time while stuck at home. On the plus...