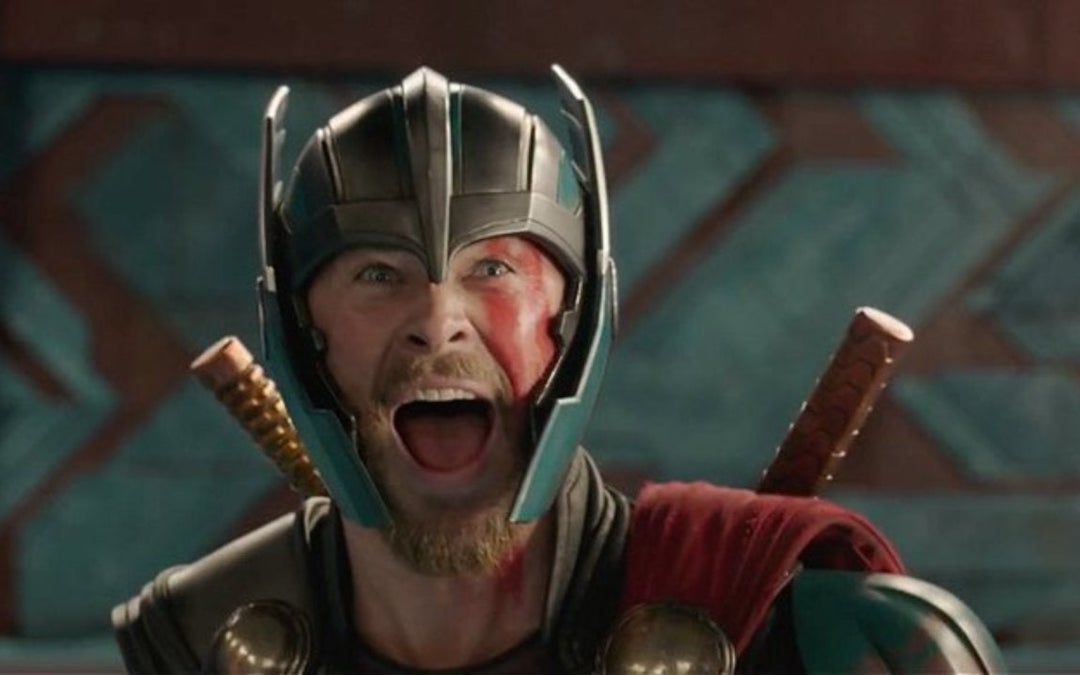 Chris Hemsworth Has Taken So Many Hammers From Marvel Sets. Seriously, So Many.

It’s always fun to learn about what props actors take from sets, what mementos mean the most to them. It’s especially fun when it comes from a Marvel actor, since most of them have been a part of the MCU through multiple movies and have been around literally thousands of props and costumes. Me, I’d definitely steal Doctor Strange’s Cloak of Levitation because it might be the most beautiful single piece of costuming ever made for the MCU.

But Chris Hemsworth, his thing is hammers. Definitely hammers. During an interview with Jimmy Kimmel, where he was promoting Extraction, his upcoming movie on Netflix, he revealed that yes, he’s taken props and they’re exactly the ones you imagined he took: Thor’s original version of Mjölnir and Stormbreaker.

The God of Thunder joins us from his home down under! @ChrisHemsworth pic.twitter.com/94KMxUdFHb

(Sidenote: Can we talk about how downright offensive it is that he still looks this good after a month of quarantine when the rest of us mere mortals are working with greasy hair, scraggly beards, and the same pajamas we’ve worn five days in a row?)

Hemsworth doesn’t have just one hammer prop, though. Oh, no. In fact, the Aussie actor might have a wee bit of a hoarding problem when it comes to Marvel props. At the moment, he claims he only has two hammers in the house, but his wife, actress Elsa Pataky, revealed before that he’s definitely stolen more than that. During an interview last fall with Australian radio show Fitzy & Wippa, she joked that she has banned him from bringing any more hammers into the house.

“Yes, he always picks the best places in the house,” she said, explaining that he always wants to put Mjölnir in a place of honor in the middle of the living room or where it sticks out like a sore thumb. “It’s not going there,” she laughed. “We have five of them for every movie he’s done. Like, seriously, no.”

Hemsworth confirmed their quiet battle to Kimmel, admitting, “It has a habit of dancing around to different locations. I put it on the mantelpiece and my wife puts it back in the cupboard. I’ll put it somewhere else, like in the kitchen, on display, and it goes back in the cupboard.”

You can next see Hemsworth in action, sadly without Mjölnir, when Extraction hits Netflix on Friday.