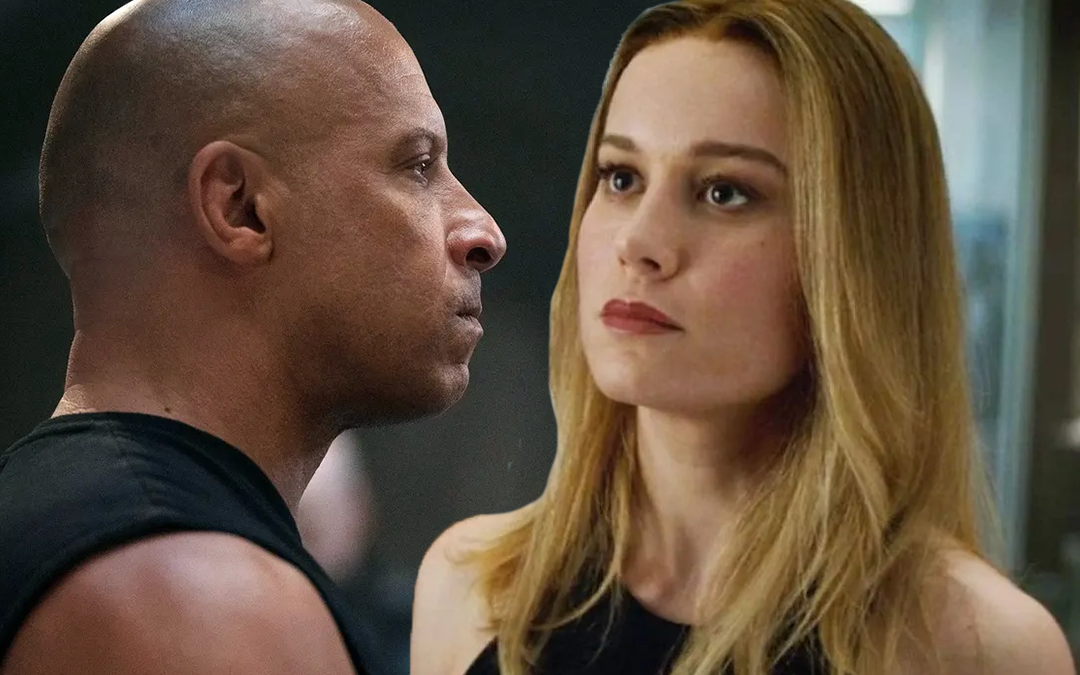 News Of The Week: Brie Larson Speeds Her Way Into ‘Fast & Furious 10’

Now that the wildest Oscars ever are past us, we’re at the halfway point of April and less than a month away from the unofficial start of the summer blockbuster movie season. This week is a grab bag of interesting news, from the Fast & Furious franchise landing a big star to the latest box office breakdown for a furry blue speedster and more. As always, Atom Insider brings you a few hand-picked stories we think you’ll like. Ready? Let’s dive in.

After already adding a few notable names to its cast, such as Jason Momoa and The Suicide Squad breakout star Daniela Melchior, Fast & Furious 10 has just added perhaps its biggest new name yet. Late on Saturday night, Vin Diesel shared on his Instagram that Captain Marvel star Brie Larson has officially joined the cast with a cute picture of the two of them laughing together.

He shared a sweet message along with the photo and news. The caption read

“Yeah yeah yeah… you see this angel over my shoulder cracking me up, you say to your self “that’s captain Marvel”. Clearly there is love and laughter in this image. What you don’t see however, is the character you will be introduced to in Fast10. You have no idea how timeless and amazing she will be in our mythology. Beyond her beauty, her intellect… her Oscar, haha is this profound soul who will add something you might not have expected but yearned for.
Welcome to the FAMILY Brie.“

Somehow, Brie Larson in the Fast & Furious franchise just makes sense. It will be fun to see if her character is a hero, a villain, or something in between.

Michelle Yeoh is having herself quite a year. Among other projects, she’s currently on tour promoting her wild new movie Everything Everywhere All At Once, she had a key role in Marvel’s Shang-Chi and the Legend of the Ten Rings, and she’ll soon be seen in the Witcher prequel series The Witcher: Blood Origin. In between those projects and a few others, she’s also busy filming the upcoming Avatar 2 and ensuing sequels, where she’ll be playing a character named Dr. Karina Mogue. Speaking to EW while promoting EEAAO, Yeoh couldn’t reveal much about her character, but gushed about the scope of the Avatar sequel and what it was like to work with the “genius” James Cameron:

“So, yes, I am in the Avatar sequels and as you know we can’t really talk very much about it. But it’s James Cameron! Come on! I would be the tea lady for James Cameron! We shot for a few weeks, and I was so impressed with the work that he’s done, the work that he’s doing, the energy. He’s a genius, he’s a walking genius. And I really really enjoyed the experience and I can’t wait to go back soon, I hope.“

As is often the case with Cameron’s films, the details of Avatar 2 are being kept deep under wraps. But enough has leaked from the cast and even Cameron himself that hints at the movie’s visual spectacle and technical scope being more than a little mind-blowing. His first Avatar film raised the bar of what is possible with VFX, and if the sequel does it again, it will indeed be something to see.

Paramount’s family-friendly sequel Sonic the Hedgehog 2 sped into North American theaters this past weekend and ran up a box office storm. It made $72.1 million in its domestic opening weekend, easily taking the #1 spot at the box office. Currently, its global total stands at $158.6 million. Compare that to the first Sonic movie’s $58 million domestic opening weekend and it appears that the sequel has a good chance of beating the almost $320 million total the first movie generated. Considering the third movie and a Knuckles spinoff are already in the works, it’s clear that Paramount is high up on the Sonic the Hedgehog franchise and intends it to be one of its flagship IPs moving forward. It’s understandable. The first Sonic movie was a delightful surprise, a rare video game movie adaptation that was an actually entertaining four-quadrant movie that still pleased longtime fans of the games. With Sonic the Hedgehog 2 bringing fan-favorite character Tails the Flying Fox fully into the fold as well as introducing Knuckles the Echidna, the future of the franchise has a lot of promise in terms of where it can go with future stories.

Moving to the opposite end of the spectrum from the family-friendly Sonic the Hedgehog 2 is the upcoming Nosferatu remake from The Lighthouse and The Northman director Robert Eggers. Eggers has been developing Nosferatu for years, and while speaking to Slashfilm to promote The Northman, he revealed that he’d love to reteam with his frequent collaborator Willem Dafoe for it. “Nosferatu is such an incredibly important film and story for me, so it’s always percolating…if Nosferatu is made, Willem better damn well be in it because I just love working with him,” he explained, before joking, “but, you know, maybe he would play Ellen? Who knows.”

Though the original 1922 film is a blatant ripoff of Dracula with just enough changed from the book to avoid copyright infringement, Nosferatu has since grown to be appreciated in its own right as a piece of art. F.W. Murnau’s film followed Count Orlock (Max Schreck), who terrorizes a real estate agent and his wife. The German Expressionist film was renowned for its iconic character design for Orlock and its moody lighting, helping to usher in the first wave of horror movies in silent film. Ironically, Dafoe once already played Schreck in the movie Shadow of the Vampire; him playing Count Orlock in Eggers’ remake would be entirely fitting. Eggers is one of the most interesting filmmakers working today, so hopefully, his Nosferatu project will make it to theaters one day as it would be astonishing.

The Cast For Zack Snyder’s ‘Rebel Moon’ Is Stacked

Zack Snyder’s upcoming sci-fi epic for Netflix, Rebel Moon, is quietly adding to its cast and it’s assembled a great lineup of talent thus far. Carey Elwes, Corey Stoll, Michiel Huisman, and Alfonso Herrera have recently been added to the cast, joining the previously cast Charlie Hunnam, Sofia Boutella, Djimon Hounsou, Jena Malone, Ray Fisher, Doona Bae, Rupert Friend, and Stuart Martin. Similar to how Nosferatu is a retelling of Dracula, Snyder’s Rebel Moon is based on an old Star Wars script he wrote with his 300 co-writer Kurt Johnstad. Snyder, Johnstad, and Army of the Dead co-writer Shay Hatten revamped that script into the current one that’s soon to shoot. The story is set on the edge of a galaxy where a peaceful colony of civilians is threatened by a ruthless warlord and Regent. They send one of their young women trained as a warrior, played by Boutella, out to other colonies in the galaxy to gather their best warriors to make a stand. Currently, Rebel Moon is in pre-production with the shoot beginning this month and lasting through November. It was just reported this week that, in typical Snyder epic fashion, the movie is now planned to be a two-parter.

The Margot Robbie-led Barbie movie has also added a big name to its cast: Will Ferrell. He joins a star-studded cast that includes Robbie in the titular role, Ryan Gosling as her Ken, and Simu Liu, America Ferrera, Emma Mackey, Alexandra Shipp, Ariana Greenblatt, and Kate McKinnon also part of the lineup. It’s not known who Ferrell will be playing in the movie to be directed by Little Women director Greta Gerwig, who also penned the script with her partner, Noah Baumbach. Details about the plot are largely being kept under wraps for the movie, which is a co-production between Warner Bros., Mattel, and Robbie’s production company LuckyChap. What is known, according to the logline, is that a doll is kicked out of “Barbieland” for not being perfect, so she sets off on an adventure in the real world. Considering Gerwig and Robbie are the driving forces behind it, it likely won’t be what people might be expecting when they hear “Barbie movie.” The project, which is currently in production, is set for release sometime in 2023.

Doctor Strange in the Multiverse of Madness – “Reckoning” Trailer

This movie may just be as big as Spider-Man: No Way Home.

With Robert Eggers at the helm, expect this one to be wild.

It’s not a movie, but, c’mon, it’s Stranger Things. We can’t not share this.

We can’t wait to see Mads Mikkelsen waving around a wand. What a gift.