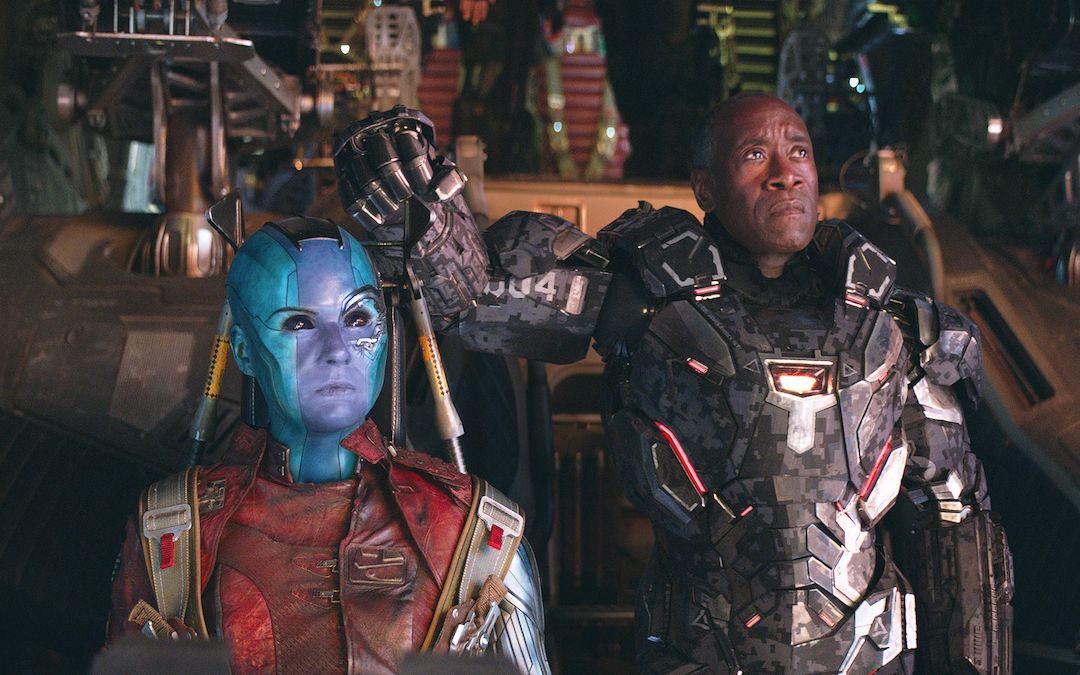 Each week on Atom Insider, we break down the box office numbers for all of the biggest films opening in theaters. This week, Avengers: Endgame faced its first stiff competition since releasing three weeks ago, but it turns out Detective Pikachu…wasn’t very effective.

This Week’s Top Earner (For The Third Week In A Row) – ‘Avengers: Endgame’

Despite facing a big drop domestically (57%), Avengers: Endgame managed to narrowly secure the #1 spot at the box office with $63 million in over 4,600 theaters. Worldwide, the Marvel film is already at a staggering $2.48 billion in just three weeks. That’s hundreds of millions more than Avengers: Infinity War made in 20 weeks.

Domestically, Endgame is now the highest-grossing comic book adaptation of all time with $723.4 million, surpassing Black Panther. It’s still slightly over $200 million away from beating Star Wars: The Force Awakens to become the all-time champ in North America.

It looks like Warner Bros might have finally found a new promising franchise to someday rival the Harry Potter films. Detective Pikachu technically underperformed this week, making $54.5 million instead of the estimated $58 million. Not a critical hit, to be sure, but it’s definitely a start. Worldwide, the film has managed to earn $170 million off of a reported budget of $150 million, so we can definitely expect to see another evolution in this franchise before long.

Not a lot of people turned up to do the hustle this week. The Hustle (MGM/United Artists) made just $13.5 million in North America for its opening weekend, which is just slightly higher than the debut for last year’s Widows (another female-led caper film), but well under The Italian Job, Muppets Most Wanted, and Duplicity. If we assume the budget is only about $20 million or so, then The Hustle might end up being a modest hit, as it’s already made $27.2 million worldwide.

The Intruder (Screen Gems) dropped two spots to #4 with $6.6 million, and Long Shot (Lionsgate) dropped the same amount to #5 with $6.1 million. The Intruder had the less dramatic drop compared to last week, perhaps thanks to some positive word of mouth, but to be fair, it’s also playing in 1,000 more theaters than Long Shot.

Poms (STX) debuted this Mother’s Day weekend to $5.1 million in North America, enough to win the #5 spot and make about half its budget. This low opening is just over films like Meet Dave, The Country Bears, and Hot Rod. But it’s below others that include Leap, Downsizing, and Hardcore Henry.

UglyDolls (STX) got put back on the shelf, dropping three spots to #7 with just $3.9 million in over 3,600 theaters. Worldwide, the animated film has only made $15.8 million off of a reported budget of $45 million, making this another early flop for the summer.

At #8 is Breakthrough (Fox), which is holding on to the Top 10 with $2.4 million domestically after four weeks at the box office. It’s made about the reverse of UglyDolls with $45.8 million worldwide off of a reported budget of $14 million.

Things don’t look as good for Tolkien (Fox Searchlight), which debuted this weekend with just $2.1 million in nearly 1,500 theaters. That’s more than most recent Fox Searchlight films in their first weekend, but only because this is a much wider release compared to The Favourite, Can You Ever Forgive Me, The Old Man & the Gun, and The Aftermath, which all eased into theaters with limited runs comparatively.

And last we have Captain Marvel, which fell five spots to #10, fittingly in its 10th week at the box office. It made just $1.8 million in North America, which means the film will likely fall off the Top 10 next week. But Disney will no doubt enjoy its $1.1 billion worldwide total, and its status as the second-highest grossing superhero origin film of all time.

After a month at the box office, The Curse of La Llorona (Warner Bros) is already off the Top 10, dropping four spots to #11. It will finish its run as a big hit for the studio, making $113.6 million worldwide and counting off of a reported $9 million budget.

Shazam! (also Warner Bros) fell off the Top 10 in its 6th week, dropping four spots to #12. It’s a solid hit for the studio as well, making $359.8 million worldwide and counting off of a reported $100 million.

Little (Universal) dropped three spots to #13, actually holding on over Dumbo (Disney), which fell five spots to #14. Both films made about double their reported production budgets, so we can assume they at least broke even overall.