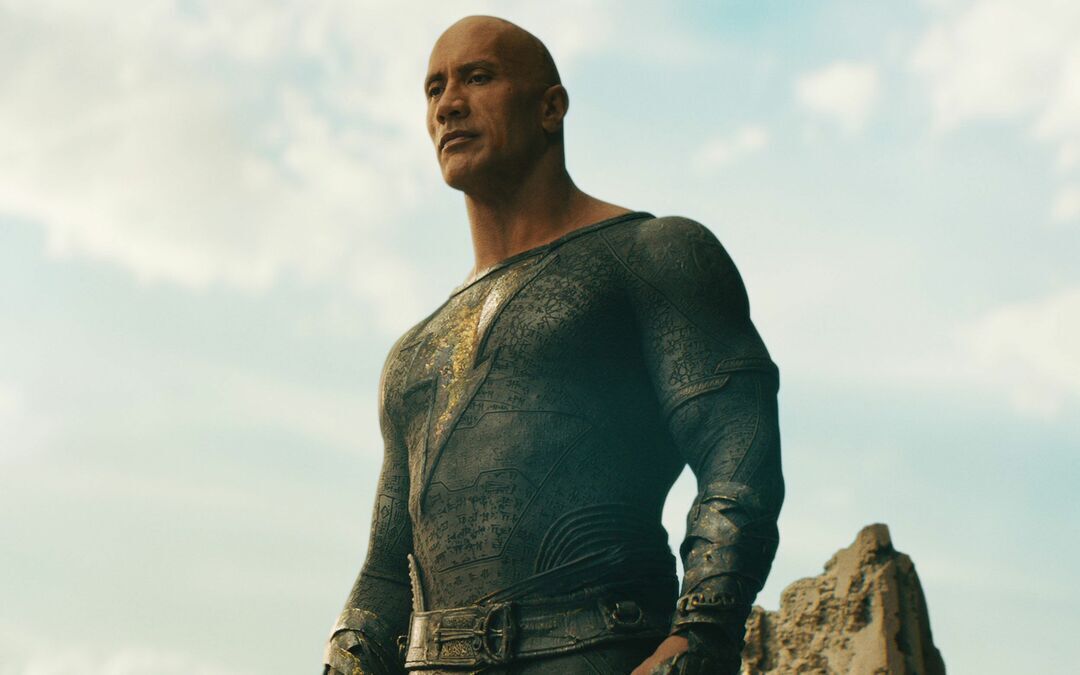 Get Ready For DC’s ‘Black Adam’: Everything You Need To Know

It’s a wonder that it took the universe this long to cast Dwayne “The Rock” Johnson in a superhero film. Come on, look at him. The Rock was practically made for the role. Though, okay, to give the universe some credit, The Rock was initially considered for a DC film way back in 2006 – though originally to play a very different role, a part that ultimately went to Zachary Levi. He’ll finally take center stage in the latest installment in the DC Extended Universe as Teth-Adam, more commonly known as Black Adam. Johnson’s love of the character is well known, so his performance is expected to be phenomenal. And although he has enhanced powers, Black Adam is not exactly a good guy – and the trailers have made that pretty clear.

For the most part, the DCEU has focused on bringing the characters of the Justice League to the big screen: Superman, Batman, Wonder Woman, Aquaman, The Flash, and Cyborg. But Black Adam will introduce a new ensemble cast to the franchise, a group that you’re probably less familiar with unless you’re a diehard comic book reader: the Justice Society of America (JSA). We know, the names are similar, but trust us, it’s a whole different group of heroes that are coming together to try and take down the 5,000-year-old Black Adam. But don’t worry, we’re here to catch you up on all things Black Adam and Justice Society, so let’s get into it.

What’s The Justice Society of America All About?

Believe it or not, the Justice Society of America was the first superhero team in any comic book. Created back in 1940, the JSA predates the Justice League’s debut by about twenty years. The Justice Society originally came together with Hawkman, Atom, and Doctor Fate to defend humanity all over the world. They garnered fame for their heroic acts and were adored by many before time pulled them onto separate paths and the Society became little more than a myth. A follow-up film starring the ensemble is rumored to be on DC’s slate, but before that can happen, Amanda Waller (Viola Davis) will pull the group back together to bring Black Adam in for the havoc he’s unleashed.

Meet the Cast and Characters of Black Adam

Black Adam / Teth-Adam (Dwayne Johnson) – Around 3000 BCE, Teth-Adam was born into slavery in Kahndaq, an African nation ruled by torturous leaders. Though tormented, he was purehearted and courageous in front of his son, Hurut, who grew up kind and just. As the first champion of Shazam, Teth-Adam used the powers of the Egyptian gods – including enhanced strength, speed, and reflexes, invulnerability, electrokinesis, and flight – to free his people. That all changes when his son ultimately sacrifices himself for him. The resulting agony of losing his family turns Teth-Adam to rage. As punishment for his actions, the wizard Shazam bestows him with a darker moniker, Black Adam, and imprisons him for 5,000 years. Awake once more, he’s now ready to show the world a different, more ruthless form of justice.

Isis / Adrianna Tomaz (Sarah Shahi) – In Kahndaq, Adrianna is a university professor and a freedom fighter by day, and masquerades as a secret heroine by night to take down a local criminal organization known as Intergang – though she isn’t a member of the Justice Society. She gets into some hot water with Intergang and will have to rely on her enhanced combat skills, strength, and thievery to try and regain the upper hand.

Amon Tomaz (Bodhi Sabongui) –Adrianna’s son is a key character in the Black Adam stories. While there isn’t much known about how big of a role he will play in the upcoming film, we expect that his character will see plenty of screen time in future films in the DCEU.

Shazam (Djimon Hounsou) – Good news! If you think Shazam might be a name you’ve heard of before, it’s because you probably have! Hounsou first played the wizard in the 2019 film of the same name. So, if your memory of him is a little foggy, you can give yourself a quick refresh by giving the film a re-watch. And, while you’re at it, go ahead and add the sequel to your Watch List. An ancient being, Shazam is the only surviving member of the Council of Wizards and gifted Black Adam with his powers. Unfortunately for him, Black Adam isn’t exactly grateful for his abilities.

Hawkman / Carter Hall (Aldis Hodge) –Carter Hall is the leader of the Justice Society of America that unites the heroes against Black Adam. When he’s not flying with the help of his armored wings made of Nth metal – which can negate gravity – he’s working as an archaeologist. Of course, he has history with Black Adam, as he just so happens to be the reincarnation an Egyptian from his past. We can expect plenty of headbutting between the two of them.

Atom Smasher / Albert Rothstein (Noah Centineo) – Albert shares a name with his uncle, Al Pratt – otherwise known as Atom – who he looks up to and admires. Though, his family history isn’t all sunshine and rainbows. His past follows him around as he tries to get away from it by proving he can indeed be a hero in the Justice Society. But he’s young and naïve, and still has a ways to grow. Appropriately named, he can alter his molecular structure to grow to astounding heights, with his strength growing to aid in battle.

Cyclone / Maxine Hunkel (Quintessa Swindell) – Another young hero with a complicated family history, Maxine is the genius granddaughter of Abigail Hunkel, and she’s trying hard to live up to her legacy. Her powers are a byproduct of nanotechnology experimentation, granting her the ability to control wind and sound, including intense whirlwinds and tornadoes. She’s a social justice advocate that believes in second chances and brings a new perspective to the Justice Society.

Doctor Fate / Kent Nelson (Pierce Brosnan) – As the co-founder of the Justice Society, the kindhearted sorcerer can push his emotions aside to receive visions of the future, including a future in which Black Adam must be stopped, or else he’ll certainly destroy the entire world. With the Helmet of Fate, he can possess all the powers of Nabu, a powerful Egyptian sorcerer, and the Cloak of Destiny grants him the ability to fly. But he doesn’t rely solely on these relics, as he can still perform spells on his own.

What Will Black Adam Be About?

As you might be able to imagine, after being locked up for 5,000 years, Black Adam isn’t exactly happy. He spent his life being mistreated as a slave, only to end up losing his family. Now he wants revenge for the ones that he’s lost. For Black Adam, if you hurt him or those that he cares about, he will certainly hurt you right back. There is no forgiveness, no second chances, and there is nothing that will stand in his way. Except maybe the Justice Society of America, who, with their own mix of different generational and background perspectives, will try to reign Black Adam in before he destroys the whole world with his fury.

Black Adam will be the eleventh film in the DCEU and is directed by horror and thriller filmmaker Jaume Collet-Serra, who Johnson previously collaborated with on Jungle Cruise (2021).

Get tickets for Black Adam, exclusively in theaters on October 21.