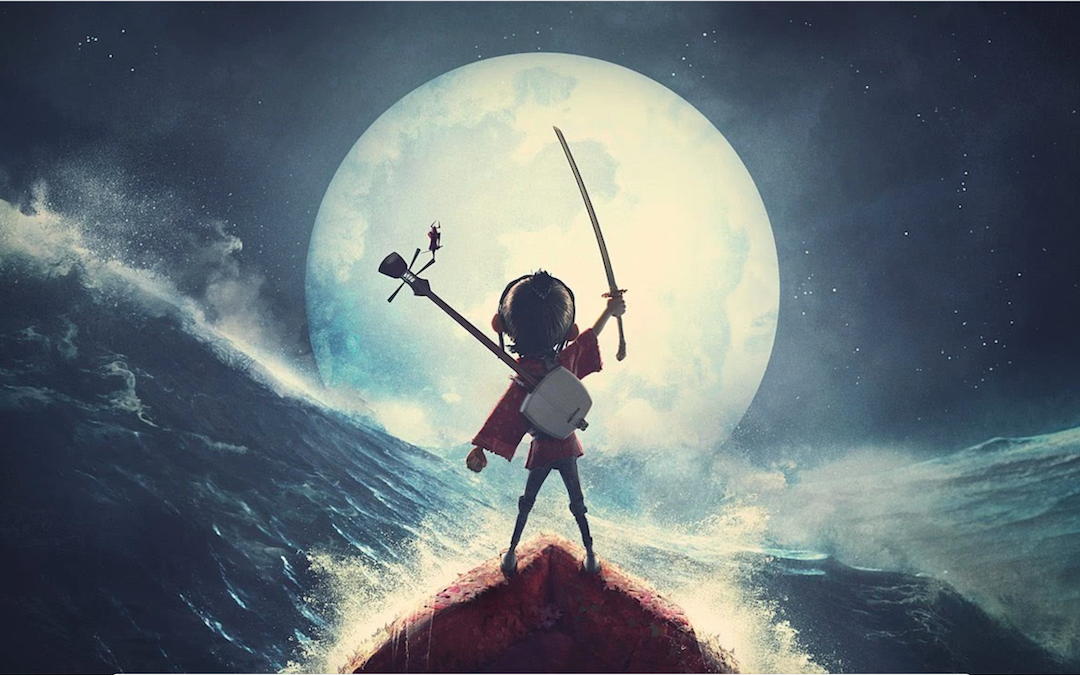 I’d say about twice a year I get the notion in my head that I’m gonna make a stop motion movie. I get really enthusiastic, break out the pliers and loops, roll out the clay, and build a little guy that looks somewhat presentable in a melty sorta way. Then usually about 100 pictures in, I realize I did not think any of the project through. Stop motion is a vastly underutilized art form in film, likely because it’s so difficult to do well.

It’s unfortunate that they come along so rarely because it’s one of the most unique and wonderful ways to tell a story. Some years go by without seeing a single stop-motion feature from a major studio. Typically, we only get two or three a year. In an effort to honor an under-represented art form, here are my picks for the seven best stop motion films.

There was a poster for Box Trolls in the bathroom of my local theater for what felt like years before the movie came out. I couldn’t fathom what this movie possibly could be about. I decided I had to investigate, and I’m glad I did.

It’s a clever, pun-filled story about trolls that live underground and wear boxes for clothes. The humans dwell above ground in a society divided into two groups, the upper class who eat cheese and the lower class who do not. The elite cheese-eaters perpetuate the false narrative the trolls are dangerous despite their peaceful, flight-over-fight nature. It deals with some particularly adult themes like classism and manipulation, while still finding time to be silly.

2. Wallace and Gromit: The Curse of the Were-Rabbit

Another film about cheese oddly enough, Wallace and Gromit is perhaps the most famous of the stop motion franchises. It’s made by Aardman Animations, a well-respected studio in the world of stop motion. Unlike Box Trolls which uses 3D printed puppets, Wallace and Gromit and all their rabbit friends are made of clay.

Wallace is the somewhat obtuse inventor who likes to use convoluted, Rube Goldberg-esque inventions to do simple tasks and Gromit is his dog sidekick who, though silent, often expresses the voice of reason with his very emotive brow. They run a cruelty-free pest management company charmingly named Anti-Pesto. In an effort to save their town’s crops and the rabbits who love them, they inadvertently end up making a monster with an invention gone awry.

You really could switch this movie with any other Wallace and Gromit movie so if you like this one, I’d recommend the others.

If nothing else, The Lego Movie is aptly named. It’s both about and made using Lego toys. Forget form following function, in this case the two are one in the same. Stop motion was the perfect format for a movie about Lego because it allowed the block itself to take a starring role in the movie. This is more than just an extended toy ad; it has some great dad jokes and an awesome story about creativity. It uses actual Lego mini-figures as most of the characters and the sets and effects are made with individual bricks. It also introduced the idea of the double-decker couch, a piece of furniture I had no idea was missing from my life until The Lego Movie came along.

I’m not sure I truly knew what a feel-good movie was until I saw Shaun the Sheep. The movie is just adorable. Everything about it made me feel wonderful, all the characters are sculpted for maximum cuteness and the cheery color palette just makes everything feel happy.

Shaun the Sheep Movie is a largely silent film (they are sheep after all). A classic fish out of water – er… flock of sheep off the farm story, it’s nearly an hour and a half of sheep running around a city trying out human stuff and getting into low stakes trouble, while Shaun, the only non-follower, tries to get them all home. I’m not often one for physical humor, but I was genuinely amazed by how funny a movie could be with such minimal dialogue.

5. James and the Giant Peach

Based on the Roald Dahl book of the same name, James and the Giant Peach is a classic. It tells the story of James, a near saccharine-sweet kid whose parents die in a vaguely defined rhino accident. He goes to live with his terrible aunts, Sponge and Spiker. After making a wish on a small hot air balloon he made out of garbage, he eats some magical alligator tongues (spirally pasta) which turn him into a Claymation boy, and then he moves into a giant peach. There he meets six giant insects with lovely singing voices who help him kidnap a flock of seagulls to fly his giant peach to New York City. Just as his parents had dreamed for him!

Despite every word in that last paragraph sounding like its own separate fever dream, I promise that is actually the premise of this movie and it all makes sense in context. It’s a musical, which alone is a reason to see it, but all the contrasting elements somehow fit together into a coherent and really fun, engaging film. There are steampunk sharks, evil aunts, a rhino made of thunder, and of course, a giant peach. Jack Skellington also makes an appearance.

6. Kubo and the Two Strings

The movie starts by telling you that “if you must blink, do it now”. That is truly great advice when watching this. The movie from acclaimed studio Laika follows Kubo, a boy in a magical, feudal Japan, who can use a unique form of origami magic. His pieces of paper shapeshift and flit around the screen transforming from moment to moment in some of the coolest fight scenes I’ve ever seen on the big screen.

There’s an incredible scene on a boat made of dead leaves and I kept missing story elements because I was amazed at every little detail deliberately placed on the screen. If I have a complaint about this movie it’s that I was distracted by how much time I spent looking at all the wonderful details in every shot. It’s a good problem to have.

One day I’d love to meet an expert who can validate my belief that Chicken Run is the perfect movie, a “Citizen Raising-Cane’s” if you will (you shouldn’t). I’ve yet to meet that expert, but as they say, it’s the journey that matters.

Another Aardman classic, Chicken Run is the story of captive chickens on a prison-like farm, trying to escape Hogan’s Heroes-style. When that doesn’t work, they try to embrace their avian nature and learn to fly. Full of slapstick humor and double entendre, but also some surprisingly somber moments, this Claymation really covers all the bases. This was my first experience with British humor which led me down the rabbit hole. It also gave us the wonderful line “The chickens are revolting!”. It balances all its elements perfectly, and I genuinely can’t think of a single thing I would change about it. It’s *chef’s kiss* perfect.