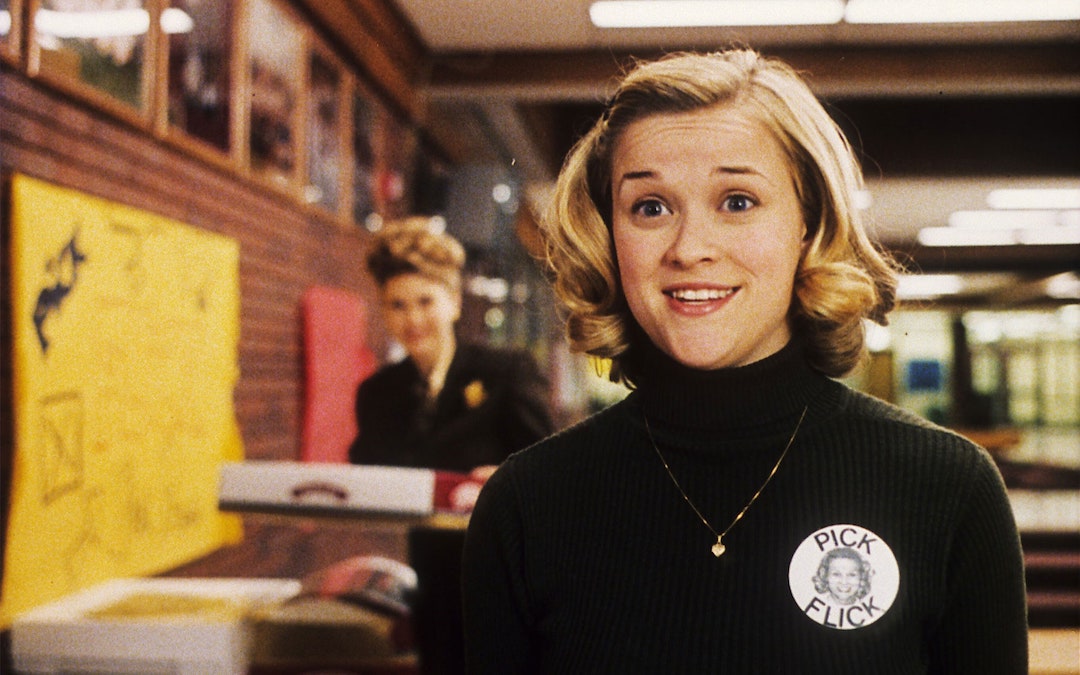 Rock Your Vote: 7 Best Election Movies To Pump You Up For Election Day

Election Day is just over a week away and it’s not an exaggeration to say this is the most important election of our lifetime. It’s been a crazy few years and the past few months have felt like an endless onslaught of political ads, emails, texts and historically dysfunctional debates.

Still, there’s something amazing about knowing you’re part of something that’s bigger than you. With some elections coming down to just a few thousand votes and local elections coming down in some cases to less than a dozen votes, your vote matters. You’re a voice in the chorus that makes up the largest democracy in the world and that’s an incredible thing, a right to be proud of.

To whet your appetite for the upcoming election, here are seven great election movies and some of their best scenes. It’s one for each day of the week before the election, plenty to pump you up before you head to the polls.

Despite her status as one of America’s Sweethearts, Reese Witherspoon has often been at her best when letting her villainous side come out. And she’s never been more villainous than in Alexander Payne’s black comedy Election. Witherspoon plays Tracy Flick, an obsessive overachiever with the goal of being class president. She’ll stop at nothing to win, even if it means sleeping with a teacher and sabotaging the other candidate.

The socially awkward found a lot to relate to in cult classic Napoleon Dynamite. Napoleon (Jon Heder) is a weird oddball in a weird life, but he finds a new best friend in Mexican transfer student, Pedro (Efren Ramirez). They bond, and Napoleon decides to help Pedro run for class president. It’s the most unlikely student council campaign ever, and that’s exactly why you root for them.

All you need to know about this movie is two words: Robert Redford. That’s it. That’s how you know it’s gonna be good. Redford plays Bill McKay, a lawyer who gets tapped by the Democratic establishment to run for Senate in California. He isn’t particularly interested in it and doesn’t think he has a real shot of winning, so he uses his campaign to take shots at the establishment and say what he wants. But as his popularity grows and others try to meddle with his campaign and message, McKay starts realizing he’s more invested in it than he thought he was. His social warfare speech scene is more relevant than ever.

It’s hard to keep a straight face when Will Ferrell and Zack Galifianakis are in a movie together, let alone a screwball parody where they’re on opposing sides. Four-term Congressman Rep. Cam Brady (Ferrell) becomes embroiled in a scandal and so two billionaire lobbyists, the Kotch brother (yeah, the parody isn’t subtle) recruit Marty Huggins (Galifianakis), the clueless son of a Republican superstar, to run against Brady. Their campaigns are full of as much dysfunctional hijinks as you’d expect.

The darkest satire on this list so far, Barry Levinson’s Wag the Dog show just how much the political spin machine influences our perception and just how far it will go to protect a President. Just days before an election, a presidential scandal blows up and it becomes clear the President won’t win reelection if his PR machine doesn’t get control of the narrative ASAP. So his notorious spin doctor, Conrad Brean (Robert DeNiro) turns to ambitious Hollywood producer Stanley Motss (Dustin Hoffman) for help. The two come up with an insane scheme to divert coverage away from the President’s sexual harassment scandal: they manufacture a fake war to bombard the news. No one said winning was pretty.

Swing Vote finds Kevin Costner playing everyman Bud Johnson, who doesn’t really care about politics. But through a screwy turn of events, the new President comes down to Bud’s vote alone, which he needs to cast due to a technical glitch. The media soon swarms Bud and his small New Mexico town, and a man who was disengaged suddenly has to decide the future of the entire country. Sure, the concept is a little implausible, but a national election hinging upon one man just underscores how silly our actual electoral college system is, with one or two states and a few thousand votes determining the fate of our nation with every presidential election.

My Fellow Americans featured two legendary actors at the top of their game, the late icons Jack Lemmon and James Garner. Lemmon and Garner play two one-term ex-presidents who must go on the run when they find themselves the target of a scandal that finds both of them the target of a hit. It’s a classic odd couple buddy comedy with a wildly entertaining (if implausible) ending, and still holds up 24 years later.

Election Day 2020 is Tuesday, November 3rd. Make a plan for how you’re going to vote right now! If you need help, head to Rock the Vote for information on requirements, voting locations, and how to cast your ballot. Get your vote on!