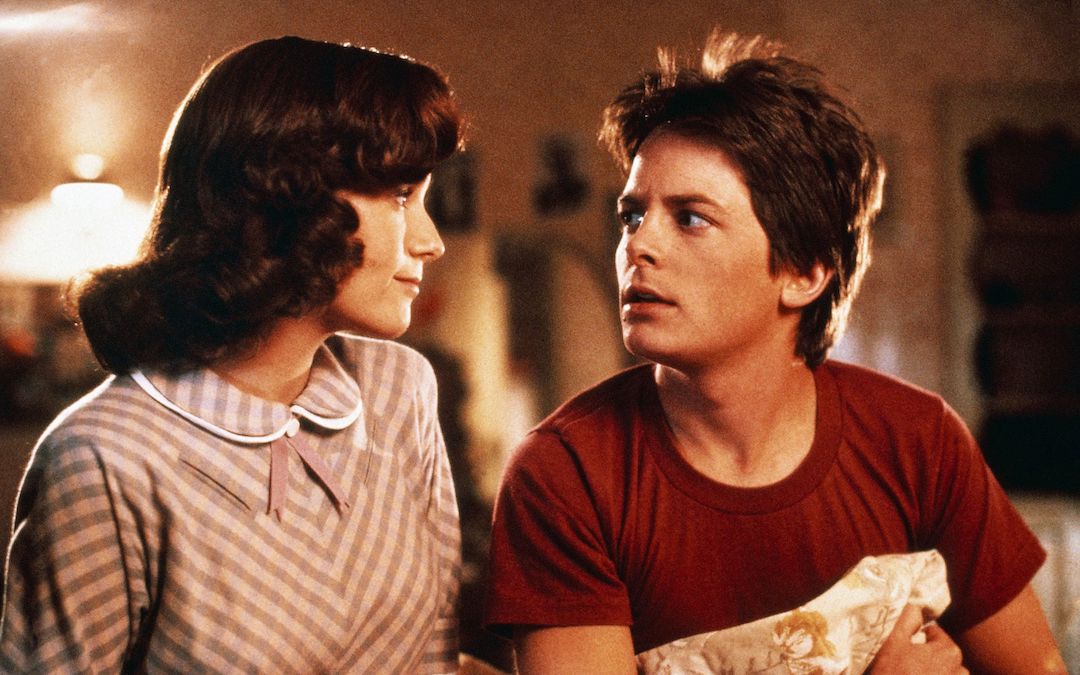 If you, like the rest of us, have been spending a little more time on Twitter lately, then you’ve probably seen the #5PerfectMovies challenge going around. Some people have been reading it as an excuse to simply post their five favorite movies, but most people are interpreting the challenge as a call to list five movies they find to be pretty near perfect in execution. The sort of movie where you really wouldn’t or shouldn’t change a thing, all things considered.

That group includes director James Gunn, who spend some time pondering the idea of perfection before listing his five picks:

And he listed five other films before that:

Still, even though he put ’80s classic BTTF in the category of films he considers to be perfect, he almost talked himself out of it by revisiting the age-old “plot hole” argument that fans have been arguing about since its release 35 years ago (though, to his credit, he immediately noted that there was obviously a simple explanation for it):

Back to the Future SEEMINGLY could be imperfect (why don't Mom and Dad remember Marty?), but I would still argue it's a perfect film because there are reasons why this could conceivably be the case (time protects itself from unraveling, etc). Or maybe I'm in denial. Who knows.

Guardians of the Galaxy actor Chris Pratt felt compelled to weigh in, defending the plot hole as not a plot hole at all, but something easily explained:

Maybe they do remember him tho, not as Marty, as Calvin. When Marty returns to present day 1985, it could have been years since his parents would have perhaps originally noted the uncanny resemblance between their son and that kid from high school 20 years previous. #perfectmovie https://t.co/5S2q2rEtUU

Turns out, Pratt is indeed right, and that is official. Bob Gale, the screenwriter of Back to the Future, talked to THR about it, settling the debate forever with an explanation that makes perfect sense:

“Bear in mind that George and Lorraine only knew Marty/Calvin for eight days when they were 17, and they did not even see him every one of those eight days. So, many years later, they still might remember that interesting kid who got them together on their first date. But I would ask anyone to think back on their own high school days and ask themselves how well they remember a kid who might have been at their school for even a semester. Or someone you went out with just one time. If you had no photo reference, after 25 years, you’d probably have just a hazy recollection. So Lorraine and George might think it funny that they once actually met someone named Calvin Klein, and even if they thought their son at age 16 or 17 had some resemblance to him, it wouldn’t be a big deal. I’d bet most of us could look through our high school yearbooks and find photos of our teen-aged classmates that bear some resemblance to our children.”

And that right there is my (admittedly personal) problem with the finding plotholes/gotcha! culture that’s sprung up in armchair film criticism in the wake of Honest Trailers and CinemaSins arriving on the scene: Not everything you think is a plot hole is actually a plot hole. Sometimes, it’s just you being a lazy contextualizer. That brand of nerd-centric, nitpicky humor is fine for a laugh, but the problem is when people conflate the target of that fun with it being an actual narrative failing. The great majority of “plot holes” cease to exist with a few minutes of thinking about them and using common sense, and such is the case here.

So there you go, BTTF fans. You can finally stop arguing about that plot point in order to get back to enjoying it for what it is: A pretty much perfect film.