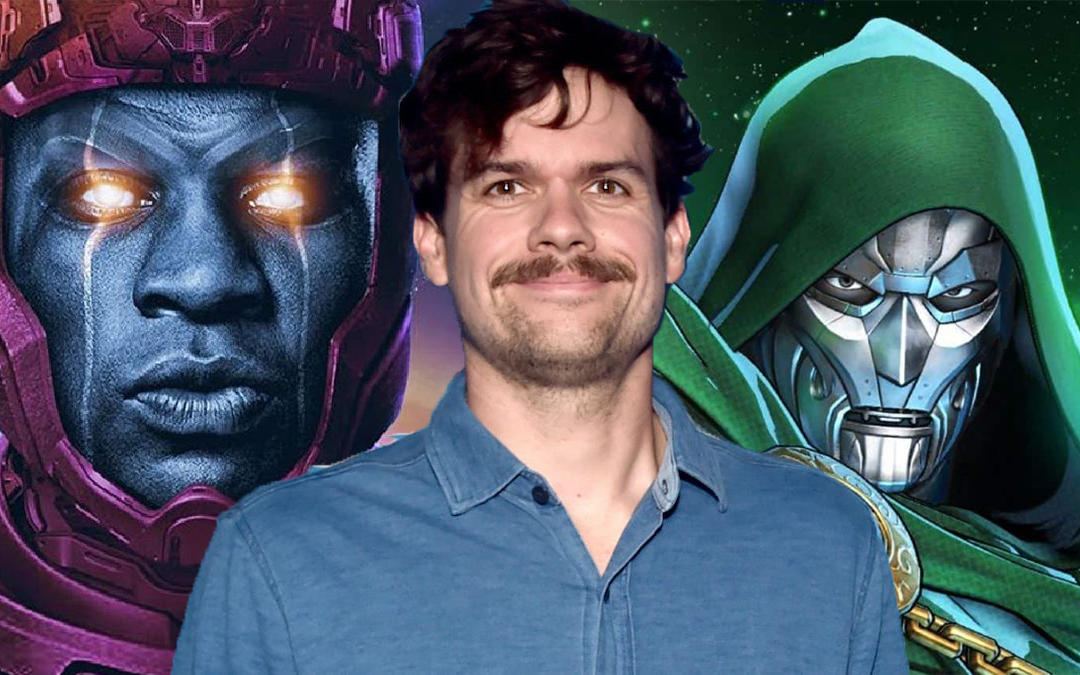 October has arrived, officially kicking off the start of the spooky season. As the late summer Hollywood lull passes, news is picking up again as everyone gears up for the holiday movie season. This week brings some big Marvel news and one huge trailer, an A-list actor reveals his nerdy side, a fascinating audition tape that landed the actor a different role, and more.

Just a few weeks after it was announced that Ant-Man and the Wasp: Quantumania writer Jeff Loveness would be handling the script for Avengers: The Kang Dynasty, the writer of its follow-up, Avengers: Secret Wars, has been announced. Deadline reports that Michael Waldron, the mind behind the Loki series and the Doctor Strange in the Multiverse of Madness writer, has been tapped to write Avengers: Secret Wars. This isn’t terribly surprising, seeing as how Marvel likes to work with the same people for narrative throughlines, and both Loveness and Waldron have already done projects dealing with the MCU multiverse. Equally unsurprising is that both are alumni of Rick and Morty, the celebrated, animated sci-fi series that deals with existential themes, dark comedy, and its own multiverse.

The Kang Dynasty and Secret Wars will be the two-part culmination of MCU Phases 4-6, dubbed The Multiverse Saga, just as Avengers: Infinity War and Avengers: Endgame wrapped up The Infinity Saga of Phases 1-3. Waldron will have his hands full closing it out. The MCU Phases 4-6 have introduced a host of new characters to the MCU through the Disney+ TV shows, and more to come with future shows and upcoming movies like Deadpool 3 and Fantastic Four. It has the potential to be even bigger in scale than Endgame, so it will be interesting to see how he pulls it all off.

The death of actor Chadwick Boseman from cancer in August 2020 was a tragedy that rocked Hollywood and moviegoing audiences alike. However, no people were affected more than those who knew him best, including his Black Panther collaborators. Since his passing, the cast and crew of the Marvel franchise have been open with their grief over his loss and their enduring love for their talented late costar. Perhaps none of them were hit as hard as director Ryan Coogler, however, who revealed in a recent interview with Entertainment Weekly that Boseman’s passing affected him so deeply that he almost walked away from Hollywood for good. “I was at a point when I was like, ‘I’m walking away from this business,’” he said. “I didn’t know if I could make another movie period, [let alone] another Black Panther movie, because it hurt a lot. I was like, ‘Man, how could I open myself up to feeling like this again?’”

What ultimately convinced Coogler to keep going, however, was Boseman himself. In the wake of his friend’s death, Coogler said he spent a lot of time recounting conversations they’d had and memories they shared. Through that process, he realized how important T’Challa had been to Boseman and that he’d want it to continue. “I was poring over a lot of our conversations that we had, towards what I realized was the end of his life,” Coogler added. “I decided that it made more sense to keep going.” And keep going he did, with Black Panther: Wakanda Forever hitting theaters on November 11. Chadwick would be proud.

Barry Keoghan’s star has blown up in the past year, with the actor appearing in everything from cerebral dark fantasies like The Green Knight to superhero flicks Eternals and The Batman. In the latter movie, he only appeared briefly, at the very end. In the short scene, he was revealed to be the Joker, sitting in the prison cell next to Paul Dano’s Riddler. Interestingly, however, it was actually Dano’s role that Keoghan had originally wanted–he’d auditioned for Riddler. Speaking to GQ UK, Keoghan revealed that he sent an audition tape to Matt Reeves as soon as he heard the role of the Riddler was being cast for The Batman.

However, that was back when Jonah Hill was still attached to The Batman, and Keoghan was informed the role had already been filled. Then Hill left and Dano was cast in the role. Still, missing out Riddler opened another door for Keoghan. The actor revealed that four months later, he got a call from his agent saying, “The Batman wants you to play the Joker — but you can not tell anyone.” But we get to at least see a bit of what Keoghan’s performance as Riddler might have been. Along with the interview, Keoghan released his audition tape for Riddler. Check it out below:

Taissa Farmiga Returning As Sister Irene In The Nun 2

Sister Irene is returning for The Nun 2, much to the excitement of horror fans. Deadline has confirmed that Taissa Farmiga will return to the role the previously played in 2018’s The Nun. It was inevitable the Conjuring spinoff would get its own sequel, with it hauling in $365.6 million worldwide, making it the highest-grossing entry in the entire franchise thus far. Farmiga rejoins a sequel that includes the newly cast Storm Reid, with Bonnie Aarons, of course, returning as the titular nun. Michael Chavez, who previously directed The Conjuring: The Devil Made Me Do It, is set to direct. Akela Cooper, who wrote last year’s horror hit Malignant, penned the script, with revisions by Ian Goldberg and Richard Naing.

The Devil Made Me Do It hit theaters last year, becoming the seventh movie in the extended Conjuring franchise. It opened to $24 million, bringing the total of the franchise to the $2 billion mark. It’s now the highest-grossing horror franchise to ever be released. The Nun 2 will be the eighth film in the franchise. It’s currently set for release on September 8, 2023.

Christian Bale is one of our most renowned and respected working actors today. He goes to incredible lengths (some would say too far) for his roles, and always gives 110%. Though he’s appeared in big blockbuster franchises, most notably The Dark Knight trilogy, and most recently, Thor: Love and Thunder as the villain Gorr the God Butcher, he’s done far more prestige films and indies than big-budget fare. As it turns out, though, there’s one huge franchise he’d love to be a part of–apparently, Christian Bale has secretly been a huge Star Wars fan all his life. While on the press tour for his upcoming movie, Amsterdam, he spoke to The Hollywood Reporter and the subject of Star Wars came up. It was then that Bale revealed his lifelong love:

“All I ever wanted in Star Wars was to be in a Star Wars outfit and hit my head on a door or something as I walked through. The real nerds who watched Star Wars way too many times always knew about that one scene where the stormtrooper hits his head on the door as he comes through. I wanted to be that guy. That was it. But look, if I’m fortunate enough to be more than that, oh man, yeah. What a delight that would be. I’ve still got the figures from when I was little. I also know Kathy Kennedy very well because she was working with Spielberg when I did Empire of the Sun, and now, she runs the Star Wars universe.”

Young Christian Bale may have wanted to be a stormtrooper, but for my money, if there’s any Star Wars character that screams his name, it’s Grand Admiral Thrawn. Just saying. Lucasfilm, get this man on the phone.

Sony Is Taking A Swing At Remaking The Tarzan Franchise

Edgar Rice Burroughs’ Tarzan books, the first published in 1912, have been adapted countless times over the decades. The story of the boy raised in the jungle has been adapted as live-action, CGI, animation, and in movies and TV. The most recent adaptation was the 2016 live-action The Legend of Tarzan from Warner Bros. with Alexander Skarsgård in the lead and Margot Robbie starring as Jane.

According to THR, Sony is the next studio to take a swing at the classic IP. The studio struck a deal with the Burroughs’ estate for the film rights to Tarzan, and plans are being developed for what will reportedly be a full reinvention of the character. Originally born as the son of English nobility, Tarzan was raised in the African jungle by apes after his parents were stranded and died there, leaving him an orphan. Growing up with no contact from the outside world, Tarzan becomes “King of the Apes.” One day, he meets the young explorer, Jane, falls in love, and leaves Africa for her for London. But once in London, he realizes how barbaric “civilized” society is and eventually moves back to his beloved jungle. Currently, there’s not yet a director, producer, or writer attached to Sony’s new project, but it will be interesting to see how it reinvents the character for a modern audience.

This might be the best trailer Marvel has ever released.

I guarantee you will not see this trailer twist coming.

Okay, this isn’t hitting theaters and it’s not technically a movie, but it’s too cool not to share.