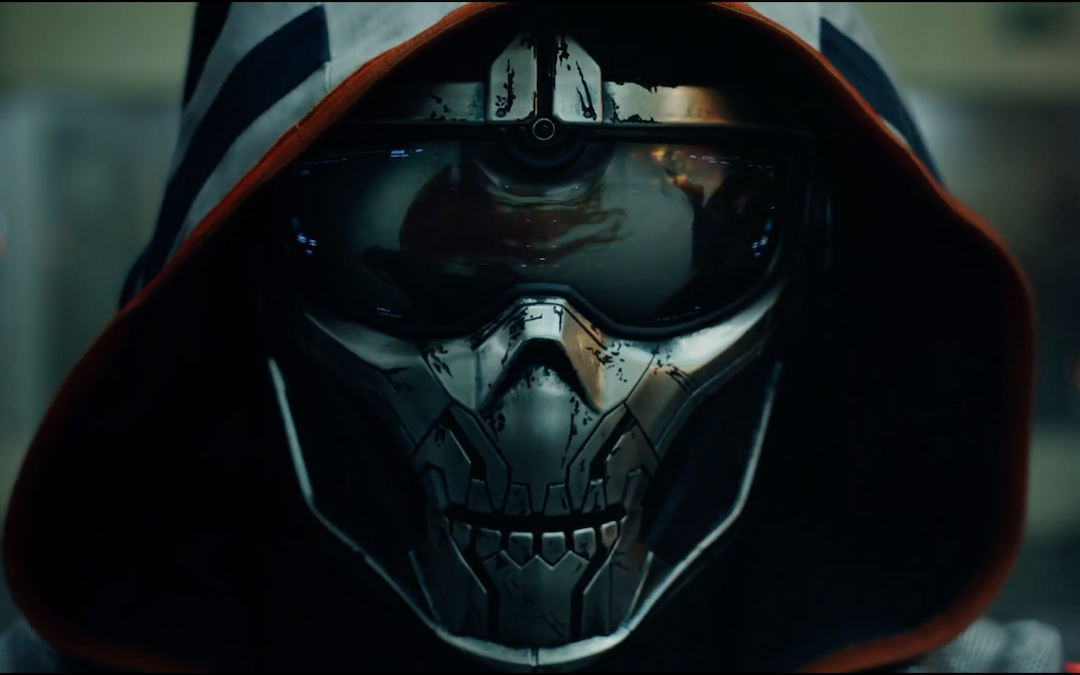 ‘Black Widow’: All The Avengers Moves Taskmaster Has Copied So Far

The third and final trailer for Black Widow dropped today, and it gave us our best look at Taskmaster yet. While perhaps considered a second-tier of villain in the Marvel pantheon, he’s nonetheless a fan favorite because, well, he’s just so cool. He’s been a supervillain in the comics, sometimes an antihero, and sometimes a sleeper agent, a mercenary hired by various organizations around the world to train their people in combat techniques.

He’s the best at what he does due to modifications to his adrenaline response, having been injected with a Nazi scientist’s experimental formula that amped up his cortisol to the part of his brain responsible for procedural memory. As a result, Taskmaster has the ability to absorb knowledge instantly, particularly where muscle memory and physical tasks are concerned. By taking advantage of his “photographic reflexes,” Taskmaster can instantly grasp an opponent’s fighting style, evolving his own style mid-fight, or master combat and martial arts simply by studying a person’s moves, making him a formidable opponent and almost impossible to beat. (Fun fact: Deadpool is the only character in the Marvel universe that Taskmaster can’t copy, as Wade Wilson’s manic and fractured personality makes him impossible to predict as not even Wade himself knows what he’s going to do from moment to moment).

While we haven’t seen much of him in the Black Widow footage so far, just a few quick shots, it’s enough to show us that he’s either fought against or studied the Avengers extensively and has copied a few of their signature moves. Granted, a few of the moves we’ve seen Taskmaster use in the trailers are ones that that multiple characters in the MCU use, but for the purposes of this article I’ll focus on the ones that move is most closely associated with.

Here are all the tricks Taskmaster has copied from the Avengers so far.

Of all the Avengers, Taskmaster has most clearly copied from Captain America, which makes sense as they’ve faced off against one another quite often in the comics. And it makes sense that, with Cap having been part of S.H.I.E.L.D. in the MCU and then leader of the Avengers that he’d rise to the top of Taskmaster’s list. There are three signature moves that Steve Rogers uses that Taskmaster has snagged in Black Widow footage we’ve seen.

We’ve seen him pull this move a few different times in the trailers, not just in this scene, but in one other, as well. Like Cap, Taskmaster has learned how to use the shield not just offensively, but also defensively.

Captain America’s signature move, the shield frisbee toss. Like a young Peter Parker once said of Cap’s shield, “That thing doesn’t obey the laws of physics at all,” but still, Taskmaster has found a way to sling the shield around almost as well as Steve Rogers himself.

Marvel fans absolutely know where this one comes from: This move is taken directly from the end of Cap’s now-iconic elevator fight scene in Captain America: The Winter Soldier. After Cap wipes the floor with an elevator full of hired thugs, he angrily stomps on his shield to flip it back into his hand. Classic.

This move is, obviously, Black Panther. But what’s most interesting is that, not only has Taskmaster copied the move, he’s also copied and modified quite a bit of the equipment the Avengers use, in this case, T’challa’s claw-tipped gauntlets.

The double-leg chest kick is something we’ve seen Steve Rogers employ often, but it’s more WWE style with him landing on his back. I gave the nod to Spider-Man here thanks to how gracefully Taskmaster executes the flip into the 3-point stance. Cap might also love himself a chest kick but that acrobatic arc and extension is pure Spidey.

NOTE: After I published this article, it was brought on Twitter to me by Marvel comic writer Dan Slott that this move, combined with the arm cross with claws, could all be seen as one sequence and thus, all Black Panther. Definite possibility there.

SWINGING THROUGH THE AIR

Okay, this one might be a little bit of a stretch in terms of being a signature move, but still, there’s no denying the Spider-Man influence in this scene as Taskmaster swings and flips gracefully between a few steel girders before dropping out of the sky toward Natasha. There are only two superheroes in the entire MCU who move like this and one of them is Daredevil, who hasn’t appeared in the movies at all.

This was the first show we’ve ever seen of Taskmaster, and it makes sense that it would be reminiscent of none other than Natasha’s bff, Clint Barton, a.k.a. Hawkeye. Like with Cap’s shield and Black Panther’s claws, it also looks like Taskmaster has jacked Hawkeye’s trick arrows arsenal.

And last but not least…

BACK FLIP UP TO FEET

Interestingly, the only real move we’ve seen so far of Taskmaster copying Natasha happens in real-time when he mirrors her in a fight. However, we can be sure that as he’s the main villain, he’ll be stealing plenty of the Avengers’ most skilled fighter’s moves, especially as we’ve seen a shot of him studying video of her Iron Man 2 hallway fight, learning her fighting technique:

Considering how many Avengers we’ve seen in the MCU so far, you have to wonder if we’ll see moves borrowed from any others: Winter Soldier’s knife skills, for example, or maybe a repulsor blast like Iron Man. Who knows? In any case, it will be a lot of fun to watch who might be, low-key, Marvel’s most interesting villain.

Add Black Widow to your watchlist in the Atom app and we’ll tell you when tickets are available!