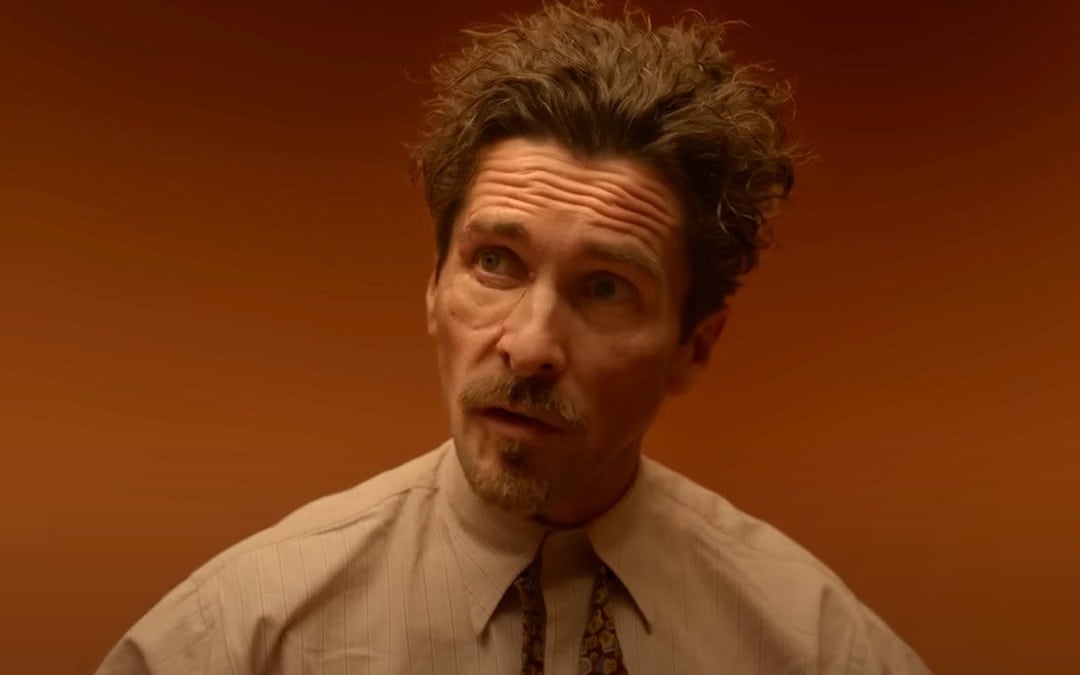 ‘Amsterdam’ & The Many Faces Of Christian Bale

David O. Russell’s Amsterdam is hitting theaters, packed with an all-star cast led by Margot Robbie, John David Washington, and, of course, Christian Bale. As with many of Russell’s films, the dramedy dives into real history. While it takes some liberties with the facts, Amsterdam is based on a true story of a conspiracy that rocked America.

The aforementioned trio star as two soldiers and a nurse who meet during WWI and vow to always protect each other. Jump to the post-war 1930s and they’re now planning a trip to Amsterdam. When they accidentally witness the murder of a senator, they become suspects themselves as they are drawn into one of the darkest and most shocking plots in American history. The dark historical comedy is a little bit of fact, a little bit of fiction, and a whole lot of mayhem as the three try to get to the heart of the conspiracy and clear their names.

Audiences will notice that Bale, as he so often does, underwent what is, for him, a minor physical transformation for the role of Dr. Burt Berendsen. He wears a back brace under his clothes and walks with a limp, but the most noticeable change is the scar over his eye and the “fake” eye he sports. To celebrate the release of Amsterdam, we’re looking back at a few of Bale’s most notable transformations for a movie.

That’s not CGI you’re seeing in the above picture. For the role of Trevor Reznik, Bale dropped an eye-popping but deeply unhealthy 63 lbs. in a short amount of time, going from 173 lbs. to 110 lbs. on his six-foot frame. Reportedly, he did it by eating only a single apple and a can of tuna a day. However impressive his commitment to the role was, it has to be stated that dropping so much weight so quickly is dangerous, as it can lead to permanent organ damage. While he’s lost weight for other roles, Bale has never again done something this extreme, which is probably for the best.

Bale’s transformation between The Machinist and Batman Begins is even more impressive when one considers he only had six months to regain his weight before shooting began. Bale put on a whopping 100 lbs. of muscle in just six months, focusing on a different muscle group each day. It’s hard to believe that just half a year before this, Bale was emaciated and quite literally slowly starving to death.

For Marvel’s Thor: Love and Thunder, Bale had already been more slender for a previous role and he and director Taika Waititi decided to keep that look. For his performance as Gorr the God Butcher, Bale channeled Count Orlok from Nosferatu and the horror music video by Aphex Twins “Come to Daddy.” To achieve the pale, scarred, ochre-tinged look, Bale had to sit in the makeup chair for four hours every day.

The thought of taking on the role of former Vice President Dick Cheney was so daunting at first that even Bale himself doubted he could get there. It makes his performance in Adam McKay’s Vice all the more staggering. For the physical transformation, he gained 45 pounds, shaved his head and his eyebrows, and did specific exercises to thicken his neck. More than that, however, he had to study Cheney endlessly until he was able to nail his mannerisms, his speech, and even the way he tilted his head.

Though he didn’t get down to The Machinist levels of emaciated, Christian Bale dropped a tremendous amount of weight to play the real-life figure of Dicky Eklund, a boxer-turned-trainer who was unraveling due to addiction. At the time in which the movie was set, the real Eklund was abusing crack cocaine, so Bale lost 30 pounds to give him the too-thin look of an addict, achieving it by long-distance running. He also spent hours with Eklund to learn how to emulate how he talked and thought. It clearly worked–it won Bale his first and so far only Oscar, for Best Supporting Actor.

Playing con man Irving Rosenfeld in American Hustle required Bale to pack on the pounds again. For the role, he got up to over 200 lbs after gaining 40 lbs in a few months. He also slouched his posture to look even more schlubby, to the point he herniated two of his disks in his back. In fact, his transformation was so shocking that co-star Robert De Niro didn’t even recognize Bale the first time he saw him on set, even though they’d already met.

Of course, none of this would be possible without the film that kickstarted it all, American Psycho. Though Bale had been acting since he was a kid, it was Mary Herron’s adaptation of Bret Easton Ellis’ dark satire on the rampant capitalism of the ’80s that truly launched Bale’s career. It was also the first time he underwent a strict regimen to transform for a role. To play the iconic serial killer Patrick Bateman, Bale stuck to a restrictive, all-lean protein diet, with no sugar, no cheat meals, and no stopping, while also hitting the gym for three hours a day and working with an on-set trainer. In past interviews, Bale has revealed that he found his diet for American Psycho to be even harder than bulking back up for Batman Begins.

Amsterdam is in theaters on Friday, October 7.

Get tickets for Amsterdam.