10 Books To Read Before Their Movies Come Out This Year

“Books are a uniquely portable magic,” Stephen King once wrote. And he was right. Books can transport us, inspire us, teach us and entertain. Even better is when you get the best of two media worlds and a book you love gets adapted into a movie version. Each year, movies that most didn’t even know were based on books hit theaters, and this year is no different. Once theaters reopen and we’re back in the swing of things, there are a whopping 10 movies coming out in the second half of 2020 based on books. Now that you have plenty of time at home, why not take some of it to catch up on some of these reads before their movie adaptations are released?

1. ‘The One and Only Ivan’ by Katherine Applegate 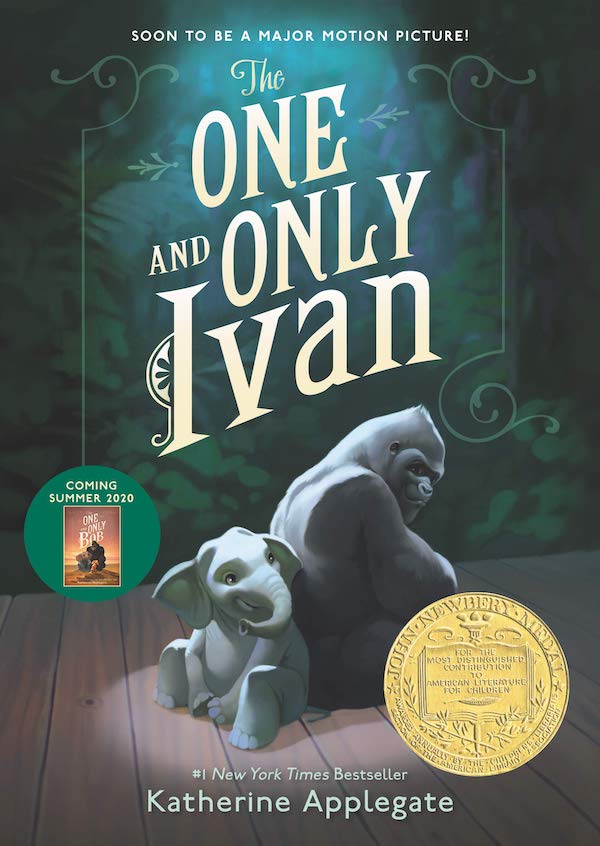 What the book’s about: The illustrated children’s book is based on a true story about a captive gorilla named Ivan and is told from his point of view. Ivan has spent 27 years in captivity, kept behind the glass walls of an enclosure in a shopping mall. Ivan spends his days amusing guests and shoppers, watching TV, painting, and his friends, Stella and Bob. But when their little group is introduced to Ruby, a baby elephant newly taken from her family in the wild, Ivan is forced to see his home in captivity and the art that sustains him through new eyes. The poignant and often humorous book is a powerful story of friendship, art, and hope. 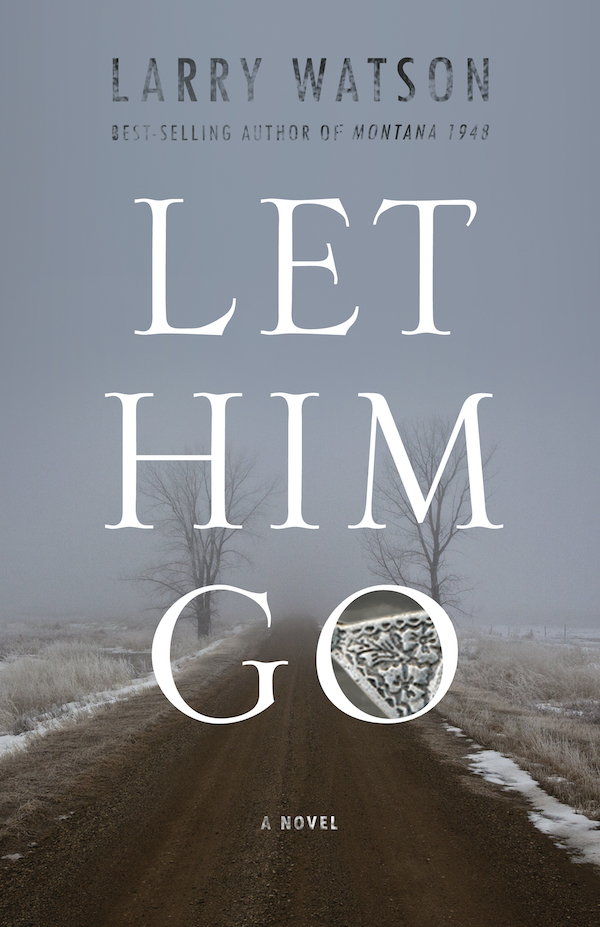 What the book’s about: Larry Watson’s modern Western is set in September 1951 in the remote town of Dalton, North Dakota. Years ago, George and Margaret Blackledge lost their son, James, when he was thrown from a horse. Months ago, his widow, Lorna, took off with their only grandson, Jimmy, when she married Donnie Weboy and relocated to Montana. Margaret is determined to bring Jimmy home – he’s the only thing keeping the memory of James alive for her. George is more reluctant to start trouble and wants to let it be. But Margaret will not be swayed and George joins her on a road trip through the Dakota badlands to confront Lorna and beg her to bring Jimmy home. They soon find themselves pitted against the entire Weboy clan, who want to keep Jimmy right where he is, with them. The tale that unspools through the American West is gutsy and unforgettable storytelling.

3. ‘Without Remorse’ by Tom Clancy 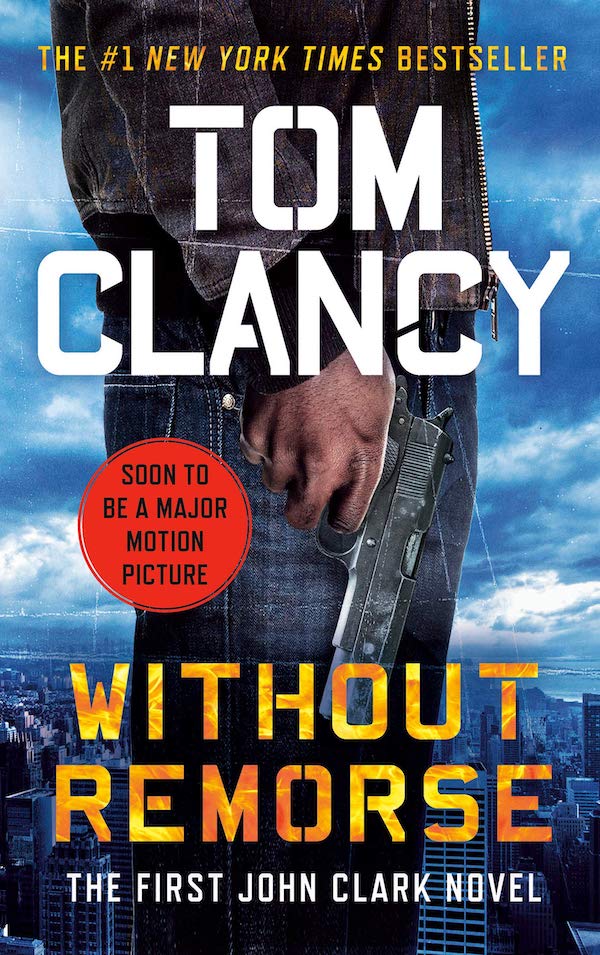 What the book’s about: Tom Clancy has been churning out tense spy thrillers since before some of the books on this list were even published. Without Remorse serves as the origin story for John Clark, one of the recurring characters in Clancy’s Jack Ryan universe. In this book, Clark is introduced in his former life as Navy SEAL, John Kelly before he becomes the CIA operative known as Mr. Clark. When Pamela, his lover and former drug mule is killed, it sets John off on a mission of revenge that finds him spiraling downward and crossing increasingly thin lines of morality in his quest for vengeance. This is Clancy’s take on Joseph Conrad’s Heart of Darkness, the story of one man descending into the merciless darkness within.

4. ‘Death on the Nile’ by Agatha Christie 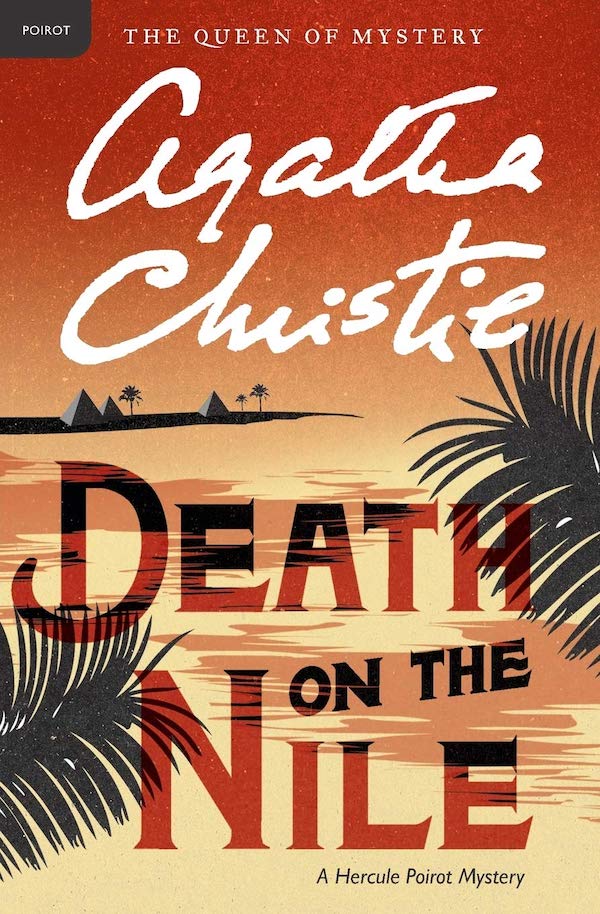 What the book’s about: Agatha Christie’s famed detective, Hercule Poirot, returns in another adventure. Poirot is taking a break from all his detective work and having a holiday in Cairo with plans for a steamer cruise down the Nile River. But before he can board, he’s approached by rich socialite Linnet Ridgeway Doyle, who has recently married Simon Doyle. Her request: Persuade Jacqueline de Bellefort, Simon’s former fianceé, to stop stalking them. Poirot refuses, wanting to enjoy his vacation. But mystery has a way of finding the detective, and when Linnet is found murdered, Poirot is drawn into figuring out who aboard the ship is the killer. It features Christie’s trademark cast of colorful characters: Louise Bourget, Linnet’s maid; her trustee Andrew Pennington; Tim Allerton and his mother, Mrs. Allerton; romance novelist Salome Otterbourne and her daughter, Rosalie; American socialite Marie Van Schuyler and her cousin, Cornelia Robson; Marie’s nurse, Miss Bowers; Mr. Ferguson, who is an outspoken Communist; Italian archaeologist Guido Richetti; legal solicitor Jim Fanthorp; and, Dr. Bressner, an Austrian doctor.

5. ‘The Witches’ by Roald Dahl 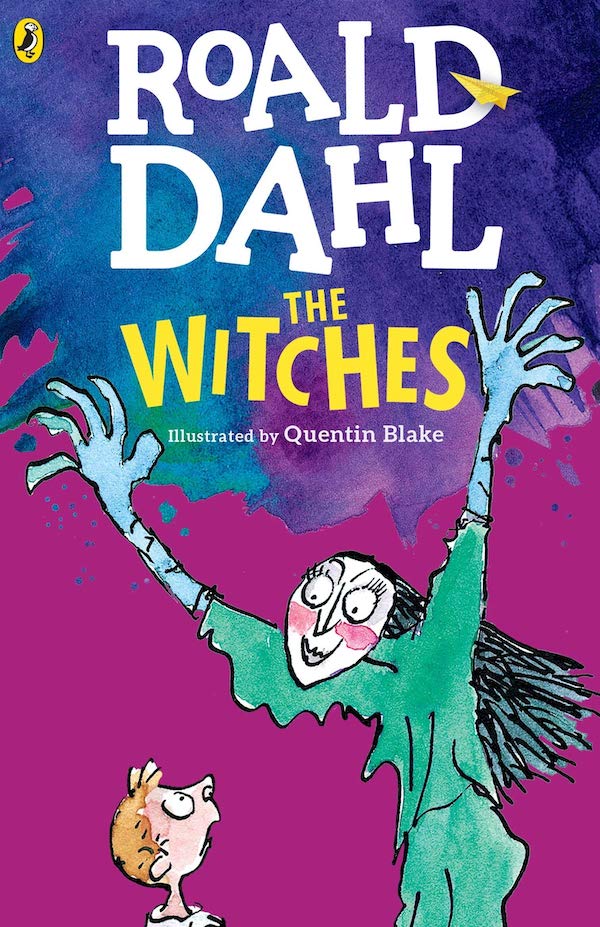 What the book’s about: The second children’s book on the list is definitely weirder and a bit scarier than the first, and one of Dahl’s quintessential tales. The dark fantasy follows a 7-year-old British boy who goes off to live with his Norwegian grandma after his parents are killed in a car accident. Grandmamma loves to tell the boy fascinating stories, but there are none she loves to tell so well as stories about children-hating witches, which she insists are real – and none are more powerful and terrifying than the Grand High Witch. When the boy accidentally stumbles into a meeting of the witches of Britain, he overhears their plan to turn all the children of England into mice by giving them poisoned sweets. It’s up to him and his Grandmamma to save the day. Dahl’s darkly whimsical book has been delighting children for generations.

6. ‘Those Who Wish Me Dead’ by Michael Koryta 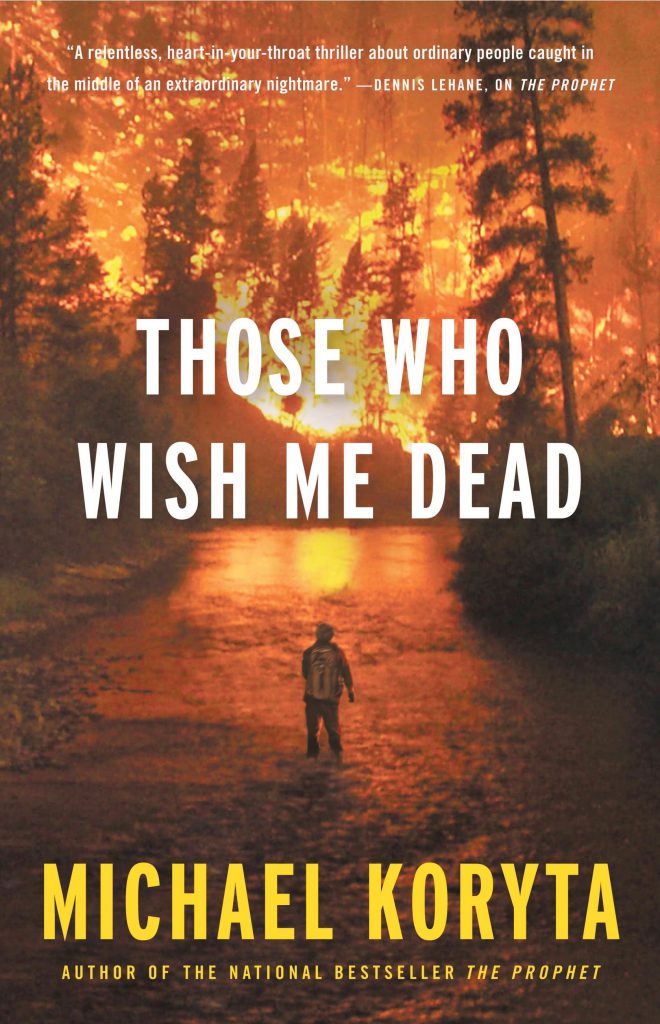 What the book’s about: 13-year-old Jace Wilson is caught up in tragic events when he witnesses a brutal murder committed by sibling killers, the Blackwell Brothers. To protect him, Jace is whisked away into witness protection, issued with a new identity and backstory. Now off the grid, he’s buried in a remote wilderness skills program for troubled youths. While the police race to track down the Blackwell Brothers, the brothers are looking for Jace, brutally killing anyone who gets in their way. Soon, all that stands between the Blackwells and Jace are Ethan and Allison Serbin, the founders of the wilderness survival program, and fire lookout Hannah Faber in her lonely tower. Their standoff plays out in the endless expanse of desolate Montana mountains that are now on fire. The clock is ticking as the killers close in. 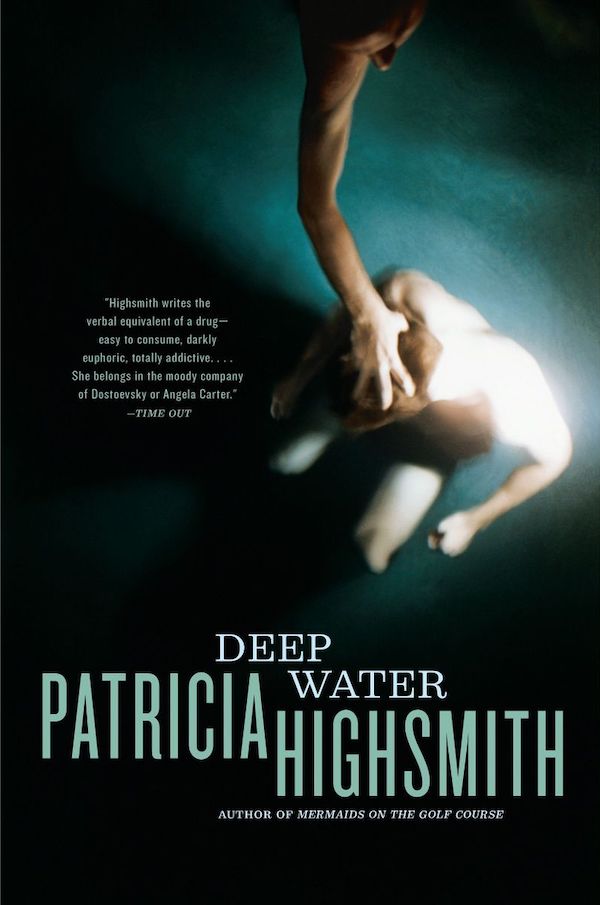 What the book’s about: Patricia Highsmith creates a suspenseful tale of a love gone sour and treacherous in the small town of Little Wesley. Vic and Melinda Van Allen’s marriage has crumbled from passion into something loveless and cold. The only thing holding them together at this point is their arrangement: Melinda can take as many lovers as she wants as long as she promises not to ask for a divorce and leave her family. But the precarious arrangement is unsustainable and soon, Vic’s jealousy boils over. He attempts to reassert himself into Melinda’s life and make her pay attention to him by pretending to be the one who killed her former lover, Malcolm MacRae. But his disturbing fantasies soon cross the line into reality and Melinda starts to suspect her husband is a murderer in this tale that’s reminiscent of Gillian Flynn’s Gone Girl. 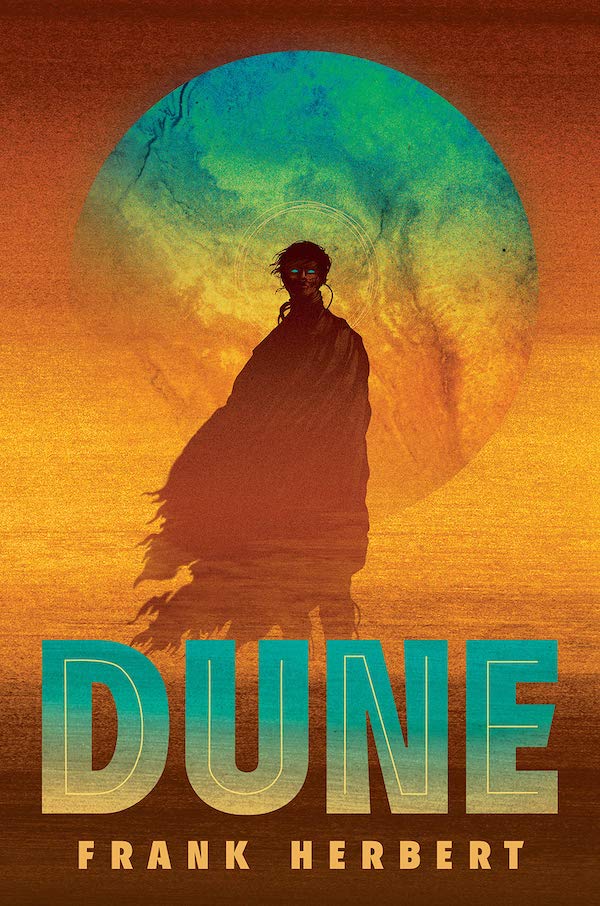 What the book’s about: Frank Herbert’s masterful sci-fi epic is a genre classic for a reason. It tells the story of the young Paul Atreides, heir to the noble Atreides familiy on the desert planet of Arrakis. They rule over the inhospitable world as they control the flow and distribution of the only thing valuable in the barren world: the “spice” melange, a drug capable of enhancing consciousness and extending one’s life. It’s a lucrative empire, but a dangerous one. When House Atreides is betrayed, Paul is turned loose into a sprawling world and set on his path to a destiny he never envisioned as he slowly transforms into the mysterious figure known only as Muad’Dib. Dune blends mysticism and sci-fi, environmentalism and politics, adventure and humanity into one sweeping saga that spans the universe.

9. ‘News of the World’ by Paulette Jiles 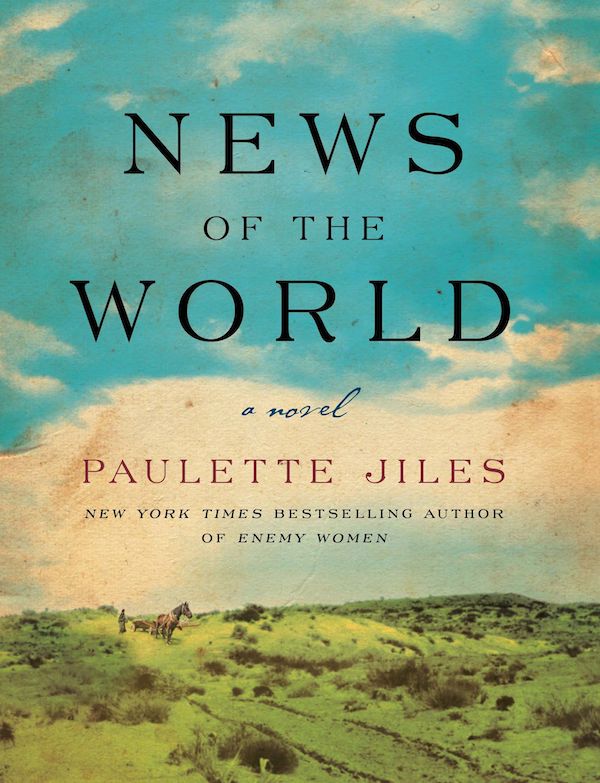 What the book’s about: Captain Jefferson Kyle Kidd is a solitary drifter in the wake of the Civil War. He travels across northern Texas and ekes out a living by giving live readings from newspapers to people eager for news of the world outside their towns. The elderly widow Kidd has been through multiple wars and loves his rootless, transient existence and being alone. But his life changes during a routine stop in Wichita Falls when he’s offered $50 to take a young orphan girl back to her relatives in San Antonio. Kidnapped four years earlier by a band of Kiowa raiders who killed her family, 10-year-old Johanna was recently rescued by the U.S. Army and has once again been ripped away from the home she knows; in the time since she was kidnapped, she’s stopped speaking English and has grown wild. She tries to run away from Kidd every opportunity she gets and fights him every step of the way. But the 400 miles they must travel through unsettled territory and stark terrain are treacherous and the wild girl and the solitary man slowly begin to trust and rely on one another. 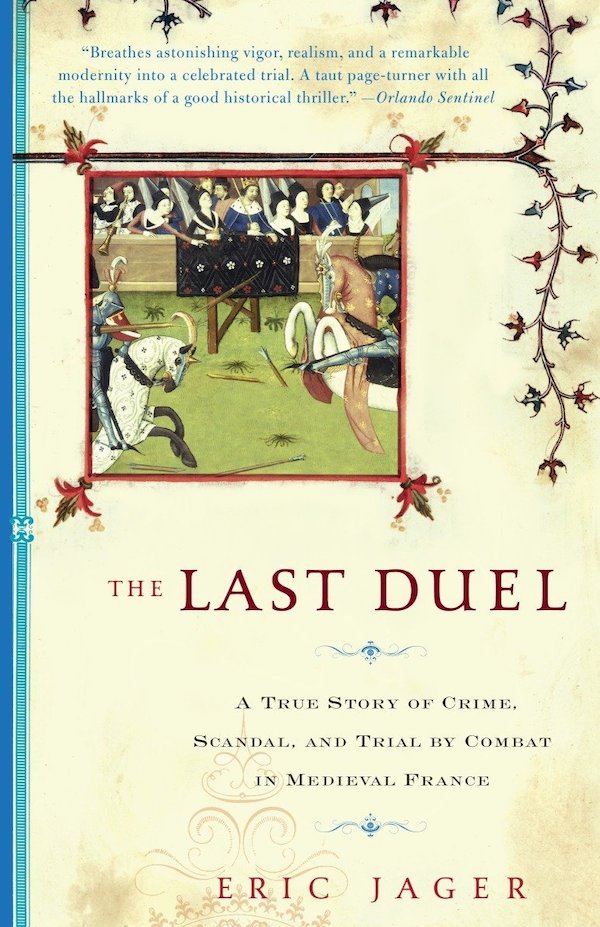 What the book’s about: Based on a true story of the “duel to end all duels,” The Last Duel is a gripping historical thriller that pits a knight against a squire in a trial that will end in death for one of the three people involved. In the middle of the brutal and bloody Hundred Years’ War that raged between England and France, Norman knight Jean de Carrouges returns home to France. Straight from his battles in Scotland, Carrouges find his wife, Marguerite, accusing squire Jacques Le Gris of brutally raping her. The court overseeing the case comes to a deadlock and decides on a trial by combat. However little sense it makes, all three of their lives hang in the balance. For if Jean de Carrouges is to lose the duel, Marguerite will also be put to death as a false accuser. In a field in Paris, while their country continues to be ravaged by enemy troops and war and plague sweep over the land, Carrouges and Le Gris square off in a field in Paris to fight to the death. The epic duel is witnessed by an enormous crowd that has attracted even the likes of the teenage King Charles VI and will end with both combatants wounded – but only one fatally. Part human drama, part detective story, it layers historical intrigue into a tale that is resonant even today.