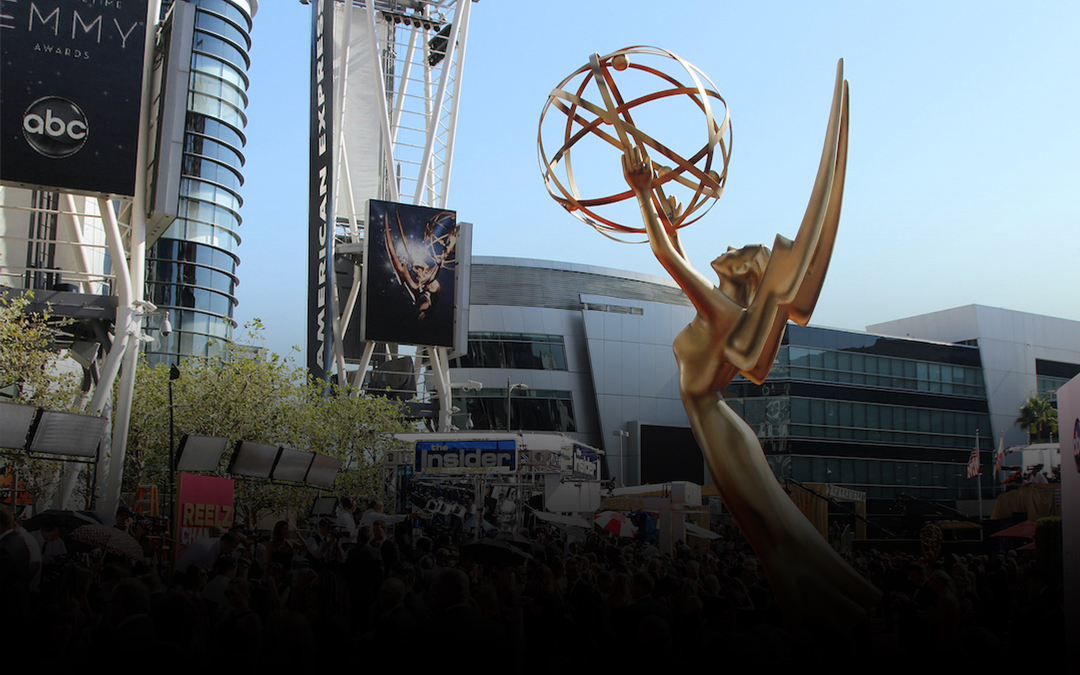 The 2020 Emmys are right around the corner, and, even though it’s a virtual event this year, there’s still a galaxy of stars who might be taking home some golden hardware before the end of the night on Sunday. Awards shows are a great way to get interested in an actor or a series you never knew much about – just look at how interest in Bong Joon Ho’s Parasite skyrocketed in the U.S. after cleaning up at this year’s Oscars.

Before the Emmys air on Sunday, we wanted to look at the nominees up for awards in the Best Actor and Actress Limited Series or TV Movie categories and let you know where you can see them next. We’re sticking with this category, not because we want to limit ourselves, but because it’s the one that tends to showcase actors who are traditionally film actors or ones who split the difference between screens big and small.

What she’s being nominated for: Mrs. America

Cate Blanchett is one of our busiest working actresses, with a number of projects in the pipeline. You’ll next hear her in Guillermo del Toro’s dark, stop-motion Pinocchio for Netflix. Though her role is as-yet-unnamed, might she be playing the Blue Fairy? She’s also involved in del Toro’s Nightmare Alley, which boasts an all-star cast. Blanchett is playing psychologist Lilith Ritter, whose elegant surface belies a manipulative and controlling personality.

What she’s being nominated for: Unorthodox

Israeli actress Shira Haas is the second-youngest on this list at age 25 but she has a promising career ahead of her. She’ll next appear in Ruthy Pribar’s drama Asia. She plays Vika, teenage daughter to busy and distant single mother, Asia. But as Vika’s health deteriorates, it forces the near-estranged mother and daughter to come together.

What she’s being nominated for: Watchmen

Regina King was a breath of fresh air this year in HBO’s Watchmen and her next project is just as intriguing. She’s one of the stacked cast for Jeymes Samuel’s Black-led Western The Harder They Fall. We don’t know much about the movie yet other than that it’s about a man who seeks justice against the person who murdered his parents. But it’s one of the buzzier films currently in the works. It’s expected to drop next year.

What she’s being nominated for: Self Made

Octavia Spencer is a busy, busy woman for the next few years with four movies yet to be released in various stages of completion. The first is The Witches, an adaptation of Roald Dahl’s classic children’s book, where she’ll play the Grandmother to the protagonist of the book. It was supposed to hit theaters in October but has since been moved to 2021. She also has Thunder Force in post. We know very little about this mystery project aside from the fact Spencer will be playing a character by the name of Emily and it’s being billed as an action-comedy. Melissa McCarthy and Pom Klementieff also star. Last, she has two movies in pre-production, another action-comedy titled The Heart with Sam Rockwell and Allison Janney and the sci-fi thriller Invasion about two brothers who embark on a journey with a father who tries to keep them safe from an alien threat.

What she’s being nominated for: Little Fires Everywhere

Kerry Washington is also another busy woman, with musical comedy The Prom set for release later this year on Netflix. The Ryan Murphy adaptation of the theatrical musical of the same name tells the tale of four self-absorbed Broadway actors who decide to travel to a conservative Indiana town in order to support a lesbian high school student banned from bringing her girlfriend to the prom. Washington plays Mrs. Greene, the conservative mother of one of the girls who is reluctant to accept her daughter as she is. She’s also set to star in 24-7, Eva Longoria’s feature film debut that’s currently in pre-production. The comedy revolves around a group of female accounts who band together against their firm’s arrogant male colleagues in order to solve a fraud case that will save their jobs.

What he’s being nominated for: Watchmen

The distinguished British actor has been winning accolades for decades and he’ll only continue in his next few projects, which show off his range. Of course, he’s reprising his role as Alfred in the director’s cut of Justice League coming to HBO Max next year. But he has also completed Love, Weddings & Other Disasters, a rom-com that follows the entangled and messy romantic lives of a bunch of wedding planners and caterers as they help create the perfect wedding. Lastly, he’s playing Henry Cecil in the biopic Frankel, which tells the story of how legendary horse trainer Sir Henry Cecil and champion racehorse Frankel formed a bond that was unparalleled in horse racing history.

What he’s being nominated for: Bad Education

Hugh Jackman has two vastly different projects coming up. In post-production is the romantic sci-fi thriller Reminiscence, in which Jackman plays Nick Bannister, a scientist who discovers a way to relive the past and uses the technology in order to search for his lost love. He’s also playing the titular character in Enzo Ferrari, a biopic about the legendary Italian sports car entrepreneur and mogul.

What he’s being nominated for: Normal People

A near-newcomer to acting and the youngest on this list is Paul Mescal. Mescal isn’t yet at the part of his career where he has multiple projects going at the same time. Instead, his follow-up after his breakthrough role in Normal People will be drama The Lost Daughter. It boasts an all-star cast including Maggie Gyllenhaal and her real-life husband Peter Sarsgaard, Olivia Colman, and Dakota Johnson that explore the events that unfold when a woman’s beach vacation takes a dark and troubling turn when she begins to confront the demons of her past.

What he’s being nominated for: Hollywood

Jeremy Pop is another relative newcomer, with his first credit coming in 2018. He’ll next be seen playing the legendary Rat Pack member Sammy Davis, Jr. in Scandalous!, which tells of the romantic affair between Davis and actress Kim Novak. That movie, directed by Janet Mock and with a script by Matt Fantaci, is in pre-production.

What he’s being nominated for: I Know This Much Is True

Now that the Infinity Gauntlet arc has come to an end, Mark Ruffalo can sit back a bit and figure out what he really wants to do next. As a result, he doesn’t have a large number of projects on his plate, but, hey, that’s the luxury that being in Marvel movies affords you. We will see – or at least hear – him one more time voicing Bruce Banner/Hulk in Disney+ upcoming Marvel animated series What If…? After that, we’ll next see him in the biopic drama Newsflash about the day news anchor Walter Cronkite was given the task of reporting live on air on the assassination of John F. Kennedy. Ruffalo plays Don Hewitt, Cronkite’s respected TV producer who later went on to create the long-running investigative TV news magazine 60 Minutes, the longest-running primetime broadcast on American television. That project is currently in pre-production.

The 72nd Primetime Emmy Awards are this Sunday, September 20th at 8pm ET/5pm PT on ABC.