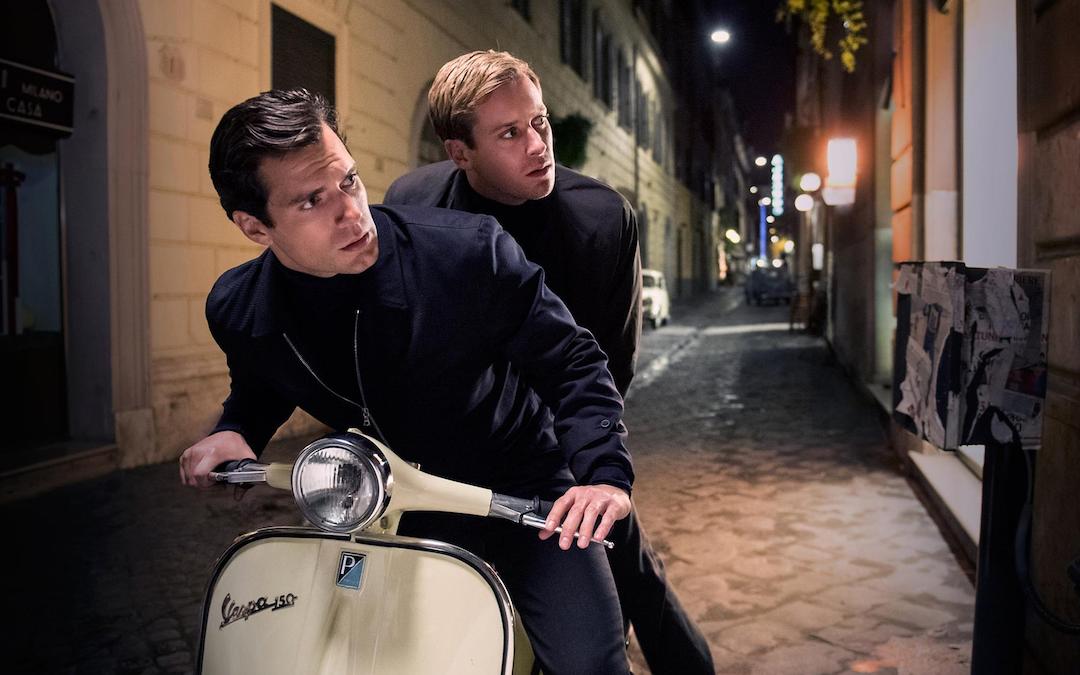 Why A Sequel To ‘The Man From U.N.C.L.E.’ Would Do Better Today Than The Original

Five years ago today, Guy Ritchie’s The Man from U.N.C.L.E. hit theaters. The film, a remake of the 1960s fictional spy TV series of the same name, featured a solid cast of Henry Cavill, Armie Hammer and Alicia Vikander, with supporting roles from Elizabeth Debicki, Hugh Grant and Jared Harris. But despite the slick production values of the ’60s-set remake, the talented cast, borrowing from a known IP, and a director coming off two wildly successful Sherlock Holmes movies, The Man from U.N.C.L.E….fizzled at the box office. What was hoped to be a franchise-starter earned a deeply disappointing $107 million globally on a production budget of $75 million. Counting the marketing budget, the film arguably lost money for Warner Bros.

Still, in the five years since its release, more people have come to appreciate the seriously underrated gem and it’s generated somewhat of a cult following. Podcasts have been made about it. Articles have been written about it. Petitions have been started for a sequel to it. And time and time again, when the question is asked as to which movie deserves a sequel that will probably never get one, The Man from U.N.C.L.E. invariably comes up – from myself included:

Could it get a sequel? Is it plausible? Stranger things have happened, but it’s reality that most movies that bomb at the box office don’t get sequels, and for a reason. Still, The Man from U.N.C.L.E. felt less like a bad movie and more like a good movie that just happened at the wrong time. If a sequel were released today, I truly believe it would fare better at the box office. Here’s why.

For starters, we have to remember that even though Henry Cavill and Armie Hammer are big names now, in 2015, they weren’t nearly the draws they are now. Sure, Cavill had already played Superman by this time in the DCEU mega-franchise, but, at the time, Man of Steel was regarded as something of a letdown, and Cavill wasn’t allowed to fully utilize his charisma. In 2015, he was still largely a big question mark. And Armie Hammer had certainly been around longer than Cavill, but his last two movies before Man from U.N.C.L.E. were playing himself in Entourage and starring in the flop that was The Lone Ranger. With their unproven star power, they weren’t exactly guys who could carry a tentpole movie back in 2015 – not yet, anyway.

But then Mission: Impossible – Fallout happened for Cavill. The Witcher happened. The majority of fans started coming around to the idea that Cavill was actually a great Superman in the wrong stories. His natural sense of humor and charm started shining through on Instagram and in interviews. As for Armie Hammer, his career and his exposure hit stratospheric levels after Call Me By Your Name, thanks to making smart project choices and him also, much like Cavill, utilizing his natural sense of humor and quick wit on Instagram and Twitter in exchanges that went viral. It’s how careers are made; actors sometimes put in years of hard work before becoming fan favorites.

It’s not just Cavill and Hammer who are in different places in their careers, either. Alicia Vikander is, too. While she was recognized as a talented, up-and-coming actress prior to being cast in The Man from U.N.C.L.E., her roles had either been supporting ones or indie films. But the very next year found her winning her first Oscar for Best Supporting Actress for The Danish Girl. And two tentpoles came in quick succession: First Jason Bourne, then playing Lara Croft in a Tomb Raider reboot. While the latter didn’t light up the box office, it did well enough to get a sequel greenlit and established Vikander as an action star to a wider audience.

The entire cast is now in a completely different place in terms of name and face recognition, fanbase and star power than they were five years ago. In 2015, they weren’t enough to draw audiences to the theater. In 2020, I’d argue they’re more than enough.

Though the marketing for The Man from U.N.C.L.E. was fun for audiences already predisposed to liking the movie, it’s fair to say that the studio, understandably, never quite knew how to frame Ritchie’s highly-stylized but genre-blending movie. Did they lean into the ’60s-ness of it all? The suave spy work? The action? The trademark rapid-fire, tongue-in-cheek Guy Ritchie humor that underpinned the entire movie? The result was that the trailers and marketing campaign for the film emphasized all of these elements and, in doing so, emphasized none of them. And that was particularly unfortunate, considering The Man from U.N.C.L.E. needed to stand out in 2015 of all years, for 2015 saw five – count ’em, five – major spy movies releasing that same year. Before U.N.C.L.E. even hit theaters in August, audiences had already gotten Kingsman: The Secret Service, Spy, and, just two weeks before Man from U.N.C.L.E.‘s release, Mission: Impossible – Rogue Nation. Less than two months later, James Bond movie Spectre hit theaters. Audiences were absolutely full up on spy movies and U.N.C.L.E. took a demonstrable hit.

Part of that was Warner Bros.’ doing. In late 2014, in order to make way for American Sniper‘s wide release, WB bumped The Man from U.N.C.L.E.’s original release date of January 16, 2015, where it likely would have done just fine, to August 14, where it had to compete with the crowded summer schedule. But if a sequel were to be released today, Warner Bros. would have more maneuverability and freedom in choosing a release date. It wouldn’t be competing with half a dozen other movies in the same genre. As the past few years have shown us, movies released in formerly “dead” months of January and especially February can go on to make box office bank thanks to a lack of competition. A Man from U.N.C.L.E. sequel released in a month with limited competition could go on to be a solid hit.

It’s a long tradition in Hollywood that films that don’t fare well at the box office go on to gain cult followings or make their money back in the years after release thanks to growing word-of-mouth as more people discover it and home entertainment sales. In the five years since its release, The Man from U.N.C.L.E. has gone on to become just such a movie, with a strong fanbase who would love to get a sequel. Home entertainment sales were solid, tacking on another $9 million in DVD and Blu-ray sales in the first few months after the physical disc release.

Likewise, streaming numbers have continued to be strong for The Man from U.N.C.L.E. Streaming data tracking site Flixpatrol notes U.N.C.L.E. continues to do well, landing in the Top 10 for 14 days on iTunes and in the Top 10 for 21 different days on HBO Go this year, five years after its release. Clearly, there is a viable fanbase there.

There are faint signs that others involved with the original movie see this, as well. Back in 2017, Armie Hammer revealed that he got asked about a sequel so often that he finally called up co-writer and producer Lionel Wigram and asked him if he could just write a script for a sequel. Granted, a writer saying, “Sure, I’ll write a script” is a far cry from a studio greenlighting a project. But all three main actors – four, if you count perennial fan-favorite Hugh Grant – arguably have enough leverage and star power now that if they got on the same page about doing a sequel, it’s possible they could make something happen.

Will we ever get a sequel? I honestly can’t say. With Cavill, Hammer, and Vikander having stacked schedules and Ritchie busy with Cash Truck and Aladdin 2 for Disney, it doesn’t appear it would happen any time soon, even if Warner Bros. were to give a sequel the go-ahead. But we’re living in the age of sequels being greenlit years after the original movies last hit screens: Bill & Ted Face the Music and Bad Boys for Life spring to mind in this year alone, along with the recently-announced sequel to Tron: Legacy. Five years isn’t that long a gap by comparison.

Still. A girl can dream about the Man from U.N.C.L.E. sequel that never was – at least, not yet.

On October 15, director Ridley Scott returns with his latest historical epic, The Last Duel. From the trailers, it looks like it might be sword...